-----
We’d added support for upload of video files from our iPhone client in our latest 1.3 release in anticipation that Apple might include support for video capture at some point in the future and we wanted to be ready on day one. The feature has been somewhat hidden however one of our clever users stumbled across the capability when he added some videos to his iPhone over WiFi via the Discover application.

He soon discovered that we were supporting upload of any .mov files that had been uploaded to the “jailed” DCIM directory. With a bit of clever ingenuity and coding he also figured out a method to make videos captured with both Cycorder and iPhone Video Recorder available with a simple utility application.

The application is now available via Cydia for jail broken phones as the “PPVideoEnabler” application and simply moves the directories the applications are saving files to in to DCIM (”jail”) and link back to the original locations. While this solution only supports “jail broken” iPhones we of course also support upload of .mov video files that have been transferred to your iPhone via App Store applications such as Discover.

You can download Pixelpipe from the App Store and PPVideoEnabler from the Cydia Installer. 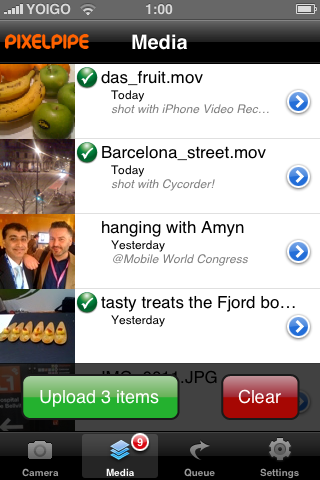 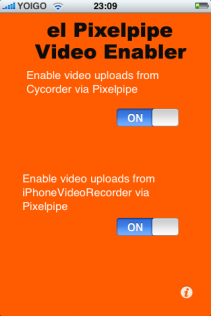 Z - February 19, 2009 at 1:16pm
I installed this yesterday and now I can't find any of my videos. The videos are missing from Cycorder and no where to be found in the DCIM folder. Please help...where are my videos?
Reply · Like · Mark as Spam
Recent