While Apple has been at the forefront of the tablet revolution, the current market expansion has been increasingly fueled by low-cost Android devices. In 2013, the worldwide average selling price (ASP) for tablets is expected to decline -10.8% to $381. In comparison, the ASP of a PC in 2013 is nearly double that at $635. IDC expects tablet prices to decline further, which will allow vendors to deliver a viable computing experience into the hands of many more people at price points the PC industry has strived to meet for years.

"Apple's success in the education market has proven that tablets can be used as more than just a content consumption or gaming device," said Jitesh Ubrani, Research Analyst for the Worldwide Quarterly Tablet Tracker. "These devices are learning companions, and as tablet prices continue to drop, the dream of having a PC for every child gets replaced with the reality that we can actually provide a tablet for every child."

IDC also notes the shift in the tablet market towards smaller screen sizes. Following the introduction of the iPad mini in Q4 2012, the sub-8-inch category has overtaken the larger sized tablet segment in total shipments. 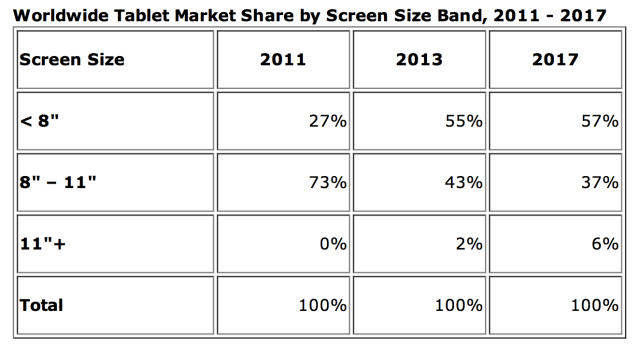 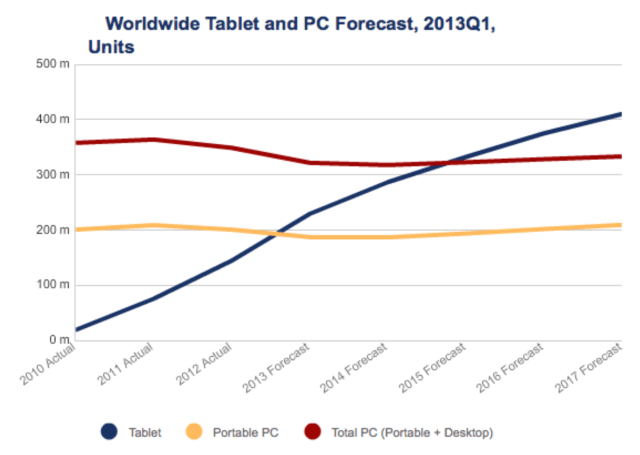