Two sources are reporting that Apple is planning to hold an event on March 24th to unveil new desktop hardware.

World of Apple writes:
A source has disclosed to World of Apple that Apple is planning to hold an event on March 24 to unveil new desktop hardware. The source which has been confirmed to be in reach of such information stated that the event would be similar to the notebook event held by Apple last October.

MyAppleGuide writes:
Last week, we received anonymous tips from two different sources that hint at an Apple media event in late March - possibly March 24th. Apple is said to be announcing a new Mac mini, iMacs with the new NVIDIA chipset, Mac Pros with Xeon processors along with a pleasant 'surprise'. 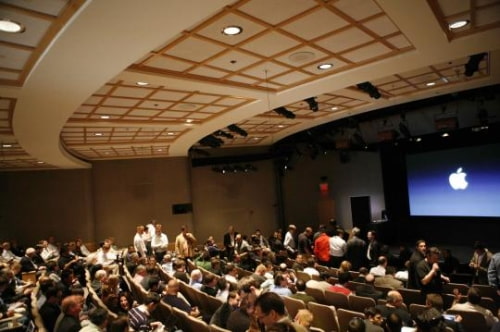