With the launch of iOS 7, Apple is now allowing apps up to 100MB to be download from the App Store over a cellular connection.

That limit has been set to 50MB since March 2012 and was 20MB prior to that. The increased limit will make things easier for developers who have been struggling to keep their apps under 50MB for easy downloading on the go.

Apps larger than 100MB need to be downloaded over Wi-Fi. 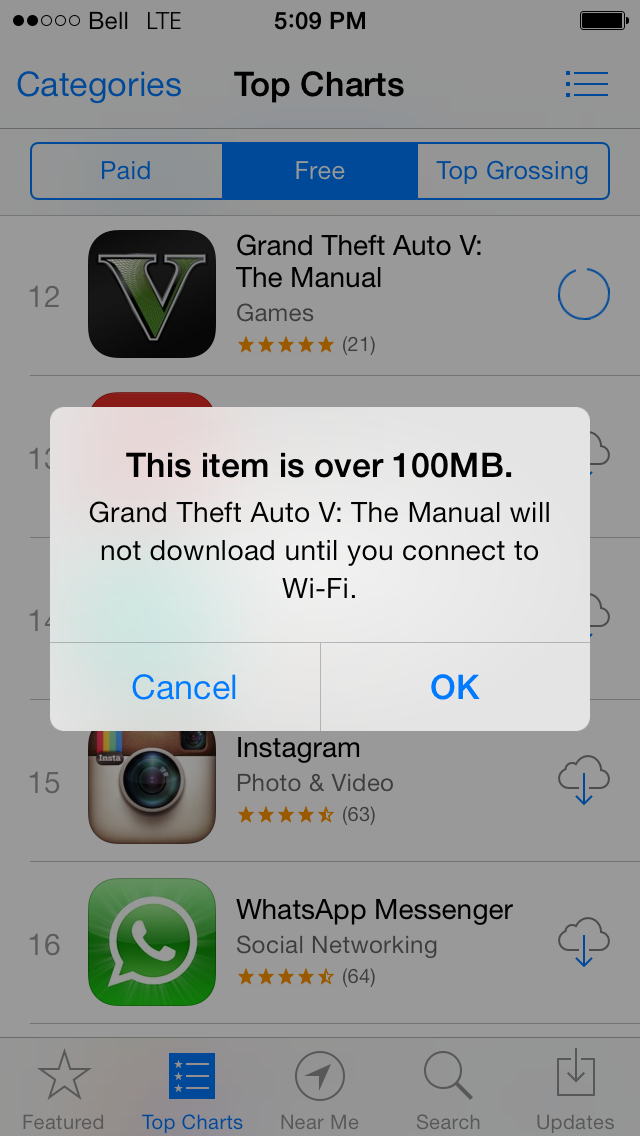 Pain Reaper - September 20, 2013 at 11:43am
Haha seriously... Let me know when Apple catches up with the 21 century and let me download at least 500 mb apps over cellular, at least in countries who can handle it instead of letting everyone be cripled because American carriers can't handle bigger files.. -.-
Reply · Like · Mark as Spam