WolfKing, a world leader in the innovation and creation of gaming input devices, today announced the release of theWARRIOR XXTREME, the world’s first hybrid 2-in-1 PC gamepad and keyboard. The XXTREME incorporates all the features that made the original WARRIOR a must-have device for laptop gamers and LAN center patrons, while adding a second keypad for commands in massively multiplayer games or chatting with clan mates.

Priced at $79.99 MSRP, the Warrior XXTREME is available immediately at www.dell.com/gaming.
The XXTREME combines the original circular 54-key disc of the WARRIORwith 40 additional keys
in a modified “QWERTY” arrangement on a second attached disc. This creates an easily portable
mini-keyboard, eliminating the keys unneeded for gaming. A new “Blue Moon” backlight has been
added to the keys – perfect for playing in low-light conditions. Two USB 2.0 ports are incorporated
into the XXTREME, allowing gamers to hook up other devices such as gaming mice and headphones.

Like the original WARRIOR, the WARRIOR XXTREME uses standard USB keyboard drivers and
requires no additional software for either Mac or Windows OS. Other features retained from the
original WARRIOR include built-in volume controls and the 3-layer silicon membrane for extremely
quiet use with a lifespan of over 10 million keystrokes.

“The WARRIOR XXTREME is the next generation of PC gamepads,” said Bob Costlow, director of
sales, WOLFKING. “It combines everything that made the original WARRIOR an award-winning
gaming accessory, and adds a new level of functionality that will give gamers the edge they need to frag the competition.” 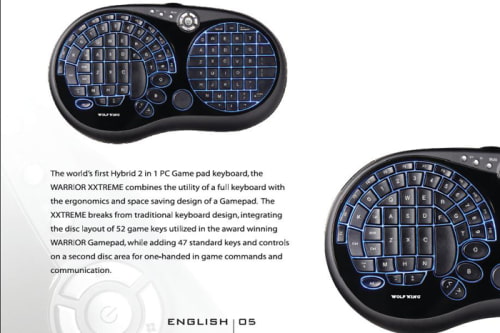 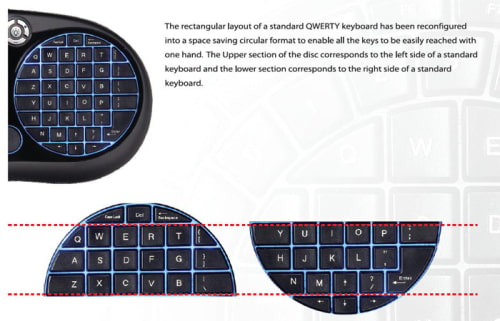