President Barack Obama revealed that he is not allowed to have an iPhone due to security concerns, explaining his use of a bulky BlackBerry, reports SecurityWeek.

"I'm not allowed for security reasons to have an iPhone," Obama told a group of young people at the White House for an event promoting his health care law. He added that his daughters Sasha and Malia spend a lot of time on their iPhones.

BlackBerry's security has kept the device popular in Washington, despite its rapid loss of market share in the U.S. Obama had to fight to keep a BlackBerry when first entering the office and his emailing has been limited to a very small group of friends and senior officials.

Despite not being able to use an iPhone, Obama has been spotted using the iPad. 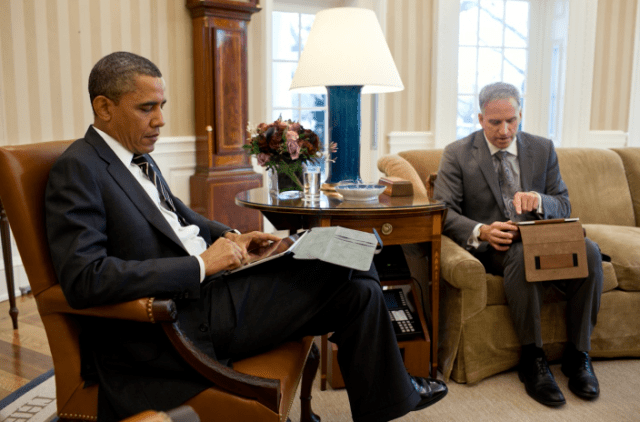 ObamaCare - December 6, 2013 at 2:06pm
All iSheeps, please stand up and come out from weherever you are and let's all shout together,"We've been FUCKED all this tme" Thanks a lot AppleShit and AssApple. Viva BlackBerry
Reply · Like · Mark as Spam
0

Fukjohn Rah - December 6, 2013 at 2:52pm
All samsheeps wake up and listen to the sorry ass fact- "You chose to help a souless co. by convincing it to steal and let them be known as innowaited because they always wait to take something, here's a favor in return, suck their cocks for congratulations, thank you samshit and assamsuck! via iOS!
Reply · Like · Mark as Spam
0

ObamaCare - December 7, 2013 at 4:49pm
@Fukjohn Rah, you must be a Dor or a Towellhead, or just a simple iSheep, Hello I said BlackBerry, iPhone and Samsung are the same AssApple, SamShit, AppleShit, and you are a perfect iSheepShit.
Reply · Like · Mark as Spam
0

They don't have to try that hard! - December 7, 2013 at 11:28pm
You're the sound of a samsheep you spamming jealous samshit assamskunk defender over nothing! Believing how innovativevyour plastic toy is just to be iphone. You're like a brother of tony immitating him mister samsheepsung (sss).
Reply · Like · Mark as Spam
18 More Comments
Recent