With the release of Snow Leopard rapidly approaching how will Apple price this performance based upgrade? TidBITS has published an article by Adam C. Engst which suggests that Snow Leopard should be sold as close to free as possible.

Specific improvements promised for Snow Leopard include support for up to 16 TB of RAM; improved multi-core support for applications; a next-generation version of QuickTime; out-of-the-box support for Microsoft Exchange in Mail, iCal, and Address Book; and support for OpenCL, which is designed to expose the computing power of modern graphics processing units. Other Snow Leopard promises have included a smaller memory and disk footprint, a faster installation time, and a tweak to Stacks to allow subfolders.

Sound exciting? From a developer standpoint, absolutely. From a user standpoint, not so much. Based on everything Apple has said so far, Snow Leopard won't, on its own, bring any of the marquee features that could change the way you use your Mac, much as past releases of Mac OS X brought us Time Machine, Screen Sharing, Spotlight, Dashboard, Expose, Automator, Front Row, Spaces, Stacks, and more. So how much are you willing to pay for an operating system upgrade that does exactly what your current one does, but uses a little less RAM in the process? 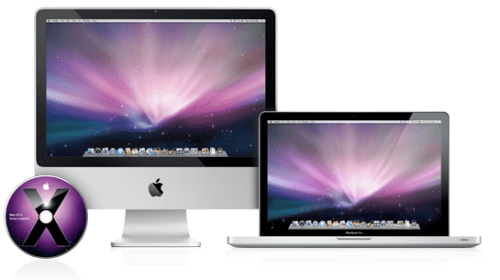 Andrew Leech - April 22, 2009 at 1:26am
For real? There's stacks of people who will happily purchase an os upgrade when there's a good chance it will actually speed up your computer. When is the last time microsoft released an os update that improved performance...... Sure there wont be that many basic home users who will purchase SL, but then, how many basic home users ever purchase os upgrade, they generally don't get an os update until their next computer comes with it pre-installed. The sort of people who care enough to look at buying upgrades are generally likely to be excited about speed & performance improvements just as they like new features - think how many people purchase ram upgrades after the fact, in many ways this will be like a ram upgrade if it does reduce ram footprint as suggested.
Reply · Like · Mark as Spam
0

Andreas Chrastka - April 22, 2009 at 4:29am
exactly what i thought... imho a perfomance boost is much worthier than some gimmicks (although i like stacks and dashboard) ... its easy to stuff a new os with more or less useful widgets and gimmicks, but its way harder to speed up processes and increase effectiveness without loosing stability and usability...
Reply · Like · Mark as Spam
0

S_Warrior - April 22, 2009 at 8:11am
Real question is why do I need this software? What are my necessities. If it's just status them I might be better off buying the latest Ferrari of computers. If I'm a business user, how can this upgrade help me in my work? If it's games, play or anything else, what can this software do for me that I don't already have? That will decide if I upgrade or not, even if it's free.
Reply · Like · Mark as Spam
0