Verizon and Apple are again rumored to be discussing the possibility of a CDMA iPhone with the goal of introducing it next year, according to a USA Today report.

People familiar with the situation say that the New York-based telecom entered into "high-level" discussions with Apple management a few months ago, when CEO Steve Jobs was overseeing day-to-day business. They declined to be named because they aren't authorized to speak publicly.

Though Jobs is currently on medical leave until June its said the talks are still continuing.

AT&T has exclusive iPhone rights into 2010 although its widely said that AT&T is trying to extend the contract for at least another year.

A Verizon iPhone would be a big loss for AT&T, says Roger Entner, head of telecom research for Nielsen. "Breaking the (iPhone) exclusivity with AT&T is a huge thing," he says. "That would send shivers into AT&T's stock and senior leadership."

Apple on the other hand does have a lot to gain by linking with 80 million potential customers. 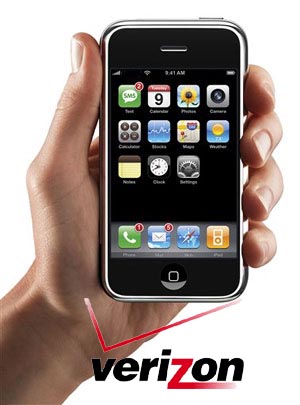 t11chb - April 27, 2009 at 6:09am
Would be a good thing, however what other countries have CDMA networks? But would be a step forward to freeing us from just 1 provider.
Reply · Like · Mark as Spam
Recent