Apple's iWatch is facing issues along its development, a new report from The Information claims. As with most products, we expect issues and obstacles to come up, and most likely Apple will find solutions to these issues before its rumored 2014 release.

Apple is reportedly facing challenges with the screen technology, battery problems, and possible manufacturing bumps. The report claims that:

● Apple still has not settled on a screen technology. Since it is facing battery issues, it is having a difficult time deciding what technologies to use to get the best battery from the watch.

● Apple reportedly "halted advanced prototyping of some unknown pieces with one manufacturer late last year" however this might not mean much since Apple usually shifts manufacturers from time to time. It could also be related to the finishing treatment issues that the iWatch reportedly was facing.

● Bryan James, who worked for Apple and on the iWatch has left the company to work at Nest. This has stirred up the development process for the iWatch.

2014 is shaping up to be the year of wearable technology, and hopefully we get to see Apple's rumored iWatch sometime this year, despite delays. 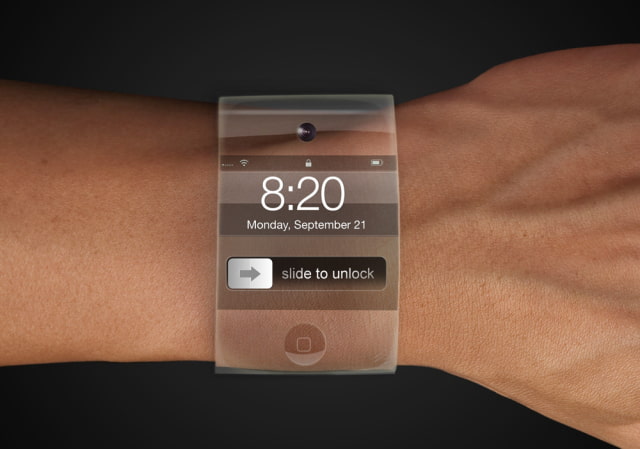 Bigjiba - January 8, 2014 at 12:09pm
Maybe they can make it all gorilla glass casing now that the technology is available. Can't have it all. iWatch will not be perfect. Screen will suck or battery hog. The screen will definitely suck. Any fancy casing will have bad yields (supply issues). Anything less than samsung watch will be a failure so I am not holding my breath. It will take awhile. It will have to surpass samsung. Camera. Phone calls. Notifications. Siri. Heartrate. Solid gold. Haha jk If price is the obstacle, go for it apple. 500usd is fine with me. Make it then price it. I would be fine with a pebble watch with apple hardware finishes.
Reply · Like · Mark as Spam

Scoop - January 10, 2014 at 11:52am
The iWatch will introduce NFC to the Apple products. That's one of the reason they're behind, and that will be their primary innovation in wearable devices. I know this because Ismael Santos told me while we were banging Steve God's mom.
Reply · Like · Mark as Spam

doubt - January 8, 2014 at 5:31am
is this also going to be tightly integrated with iTunes like rest of the iDevices?
Reply · Like · Mark as Spam
2 More Comments
Recent