Amazon has announced a press conference where they are rumored to be releasing a larger Kindle Reader, according to All Things Digital.

This press conference comes just after a New York Times article published about the new device.

As early as this week, according to people briefed on the online retailer’s plans, Amazon will introduce a larger version of its Kindle wireless device tailored for displaying newspapers, magazines and perhaps textbooks.

The Amazon invitation reads, "We’d like to invite you to an Amazon.com press conference scheduled for Wednesday, May 6 at 10:30 am ET. The press conference is scheduled to take place at the Michael Schimmel Center for the Arts at Pace University, located at 3 Spruce Street, New York City. Doors will open for registration at 9:30 am ET.”

All Things Digital notes that Amazon showed off Kindle 2.0 at the Morgan Library. And Pace University, located just next to the Brooklyn Bridge, sits on the site of the New York Times (NYT)’s 19th century headquarters. The Times, according to the Times, is partnering with Amazon on the new gadget. 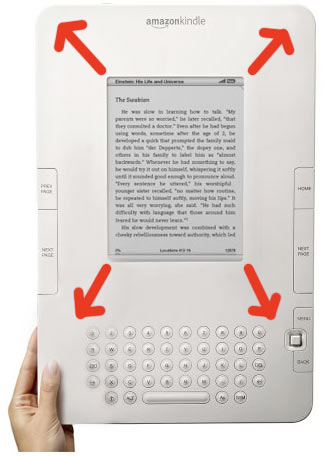 adam hartung - May 4, 2009 at 11:12pm
Will Kindle be a savior for newspapers? Maybe so. Kindle might be the product to finally get newspapers to realize they have to go digital. Read more at http://www.ThePhoenixPrinciple.com
Reply · Like · Mark as Spam
Recent