Apple will reportedly use LG Chem’s stepped battery for its rumored iWatch, reports the Korea Herald.

Contrary to recent news reports of solar-powered smart watches, Apple has confirmed that it will stick with lithium-ion batteries for its upcoming iWatch. These batteries are to be supplied mainly by Samsung SDI, LG Chem and Tianjin Lishen Battery, according to industry sources./i]

"Apple will utilize LG Chem’s stepped battery since it offers better longevity than others and can be applied for different shapes," a source said.

The site's source discredits the use of solar power as being possible for supplemental power at best.

“Since the energy efficiency of solar-charging technology is one-tenth of the lithium-ion battery, it doesn’t make sense to run a gadget with solar power,” he said.

Both LG Chem and Samsung SDI declined to comment on the matter. 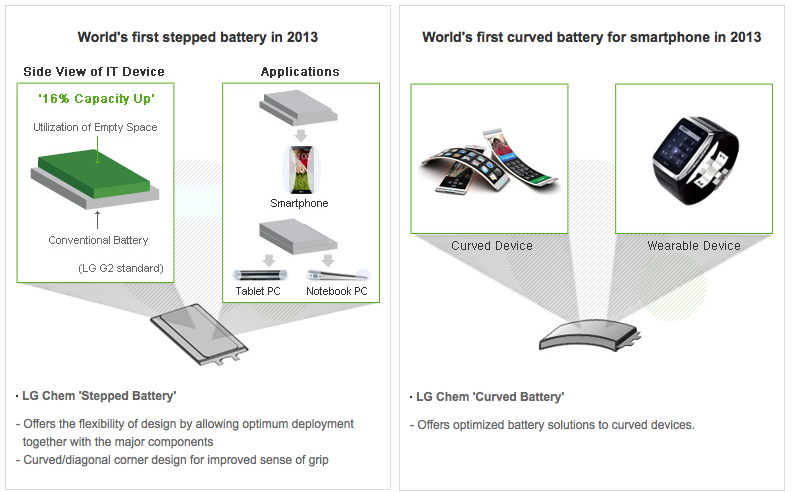 Hb - February 6, 2014 at 4:47am
I wasn't aware that apple even confirmed the iWatch never mind the battery used
Reply · Like · Mark as Spam
Recent