The company, which provides protection plans for electronic devices, also announced its Breakability Score for the Galaxy S5. The higher a device scores on a scale from 1-10, the higher the risk of it breaking due to an accident.

---
Comparing the Samsung Galaxy S5 to other highly anticipated new Android phones, the HTC One (M8) and LG Nexus 5, Samsung's latest edged out the HTC One for the victory. SquareTrade's Breakability Score testing revealed the following:

"According to our research, 28% of smartphone owners, or about 44 million Americans, are considering buying the Samsung Galaxy S5," says Ty Shay, CMO of SquareTrade. "With this level of demand, we really wanted to put it to the test against other hot Android phones in the market right now. It's good to see a major player like Samsung designing phones with accidental water damage in mind. We were also surprised to see how well the new S5 did in the drop test – as previous models suffered significant damage."

Take a look at the video and infographic below for more details... 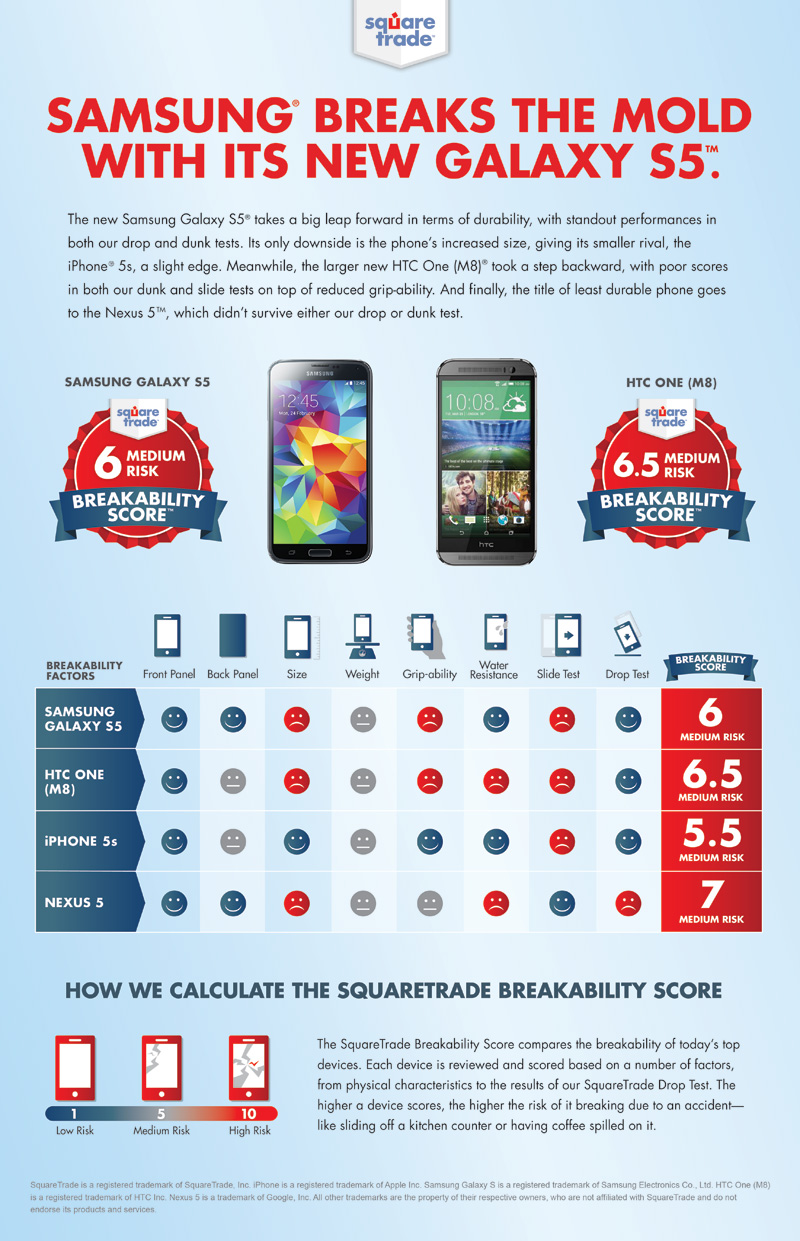 Kamatis king psychiatrist - April 19, 2014 at 3:00pm
Then have fun explaining this, "the bigger they are the harder they fall". What's strong now? Trollolol
Reply · Like · Mark as Spam
8 More Comments
Recent