Apple has released a public beta of OS X 10.10 Yosemite, the company's upcoming operating system set for release this fall.

The public beta is available to the first million users who sign up here.

OS X Yosemite has been redesigned and refined with a new look, new apps and new continuity features that make working across your Mac and iOS devices easier.

Installation of the public beta is done through the Mac App Store using a special redemption code. Apple is rumored to be releasing the gold master of Yosemite on October 10th. 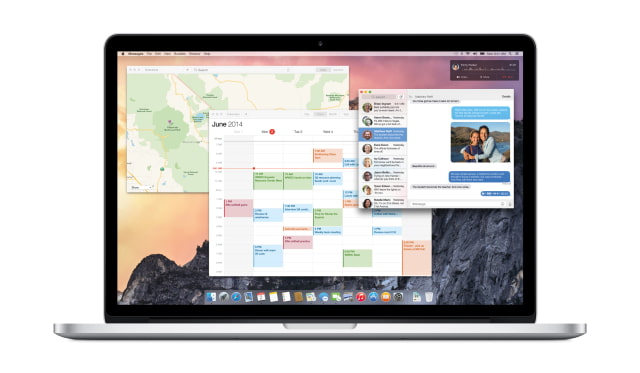 Carsten - July 26, 2014 at 9:25pm
Damn!!! Nice work by Apple. I so do like all new icons and the colors in the UI. Text is way sharper then it was. Just love it. Installing took a while to commence. It stuck on 22 minutes remaining for like 15 minutes but then it went fine. No problems so far. AirDrop with iOS probably will work from iOS8 but haven't read into that well enough. That's one of the functions I am waiting for.
Reply · Like · Mark as Spam

Altug - July 28, 2014 at 10:50am
Hi I have nearly the same Mac and say it couldn't find wifi network but not hotter than Mavericks I have no idea about wifi problem
Reply · Like · Mark as Spam

Terrance&Philip - July 25, 2014 at 3:07pm
I will have to wait until Sunday to install it since I need to use the Windows VM for some work. Can anyone who has upgraded confirm if Parallels 9 works after upgrading?
Reply · Like · Mark as Spam

Well - July 25, 2014 at 10:12pm
Updated to Yosemite and even my old version of Parallels 9 still works nicely. No update needed. Even PlayOnMac and Wine and Crossover still works... for now, hope it will stay this way.
Reply · Like · Mark as Spam
29 More Comments
Recent