Benchmarks of the new iPhone 3G S compared to the iPhone 3G, Palm Pre, and T-Mobile G1 have been published by AnandTech.

To test for Wi-Fi the load times for 9 common websites were recorded. The iPhone 3G S saw a 54% improvement over the iPhone 3G and a 11% advantage over the Palm Pre. 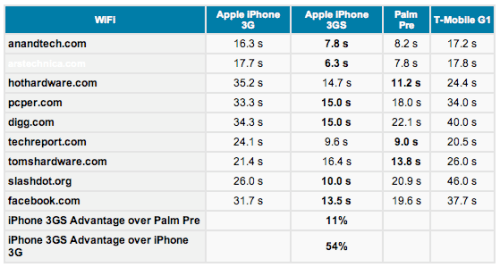