Apple has officially announced a press event for September 9th at which the company is expected to unveil two next generation iPhones and a new wearable device.

The event starts at 10:00 a.m PST like usual; however, the Loop notes that it is being held in a different location.

Typically Apple’s events are held either at the Yerba Buena Center in San Francisco or at the company’s campus, but this year is a bit different. Apple said in the invitation that the event will be held at the Flint Center for the Performing Arts in Cupertino, the city where Apple’s corporate headquarters is located. 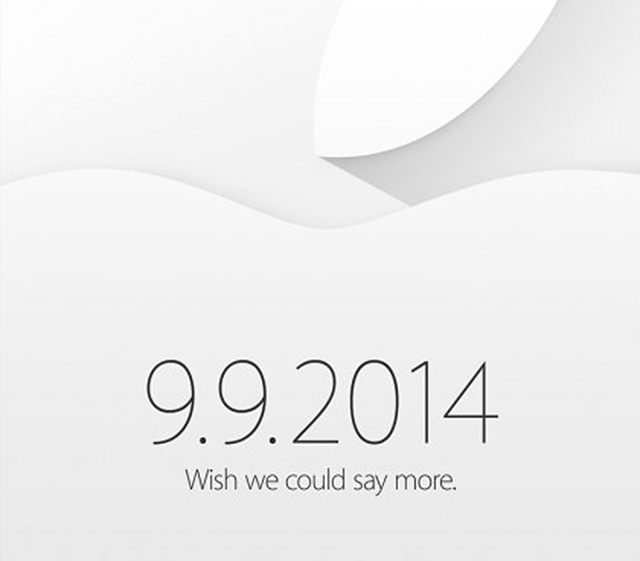 iFedUp - September 3, 2014 at 5:14pm
Today Crapple made official correction for this caption "Wish we could copy more" HAHAHAHAHA
Reply · Like · Mark as Spam

sSpew - September 3, 2014 at 5:54pm
Today assamsung made a final statement. "Wish we could innovate more" HARHARHARHARHAR
Reply · Like · Mark as Spam

iFedUp - September 3, 2014 at 5:21pm
It was supposed to be "wish if we could copy more" . That was a minor error from Crapple. Forgive them and move on.
Reply · Like · Mark as Spam
33 More Comments
Recent