eCOMPOSITE has released an update to its popular GPSRecorder iPhone app. This new 2.0 release adds features that users have been asking for with the new iPhone 3GS. GPSRecorder now combines the digital compass available on the iPhone 3GS with geo positioning information on the same screen. It's now even more easy to find your way, even if you have no internet at all.

GPSRecorder also adds an instant map feature leveraging the new Map available in the latest version of the OS. You immediately get your position and you can browse your map. This feature requires internet connection through wifi or cell network.

"The new features are directed at hikers, but the app is still great for photographers wishing to geotag their pictures" says Cyril Godefroy, the developer of the App. "Latest version still has the export features to HoudahGeo and HoudahGPS for example, among other export possibilities."

GPSRecorder can export tracks to multiple destinations: by email, directly to HoudahGPS, to trailmapping or EveryTrail. GPX and KML are the two standards supported. GPSRecorder also still has great energy-saving features to record hours and hours of hiking or shooting, ability to resume a track and a simple but powerful interface that focuses on info, not gadgets.

Pricing and Availability:
GPSRecorder 2.0 is available today as a free update to all owners of GPSRecorder in the AppStore. 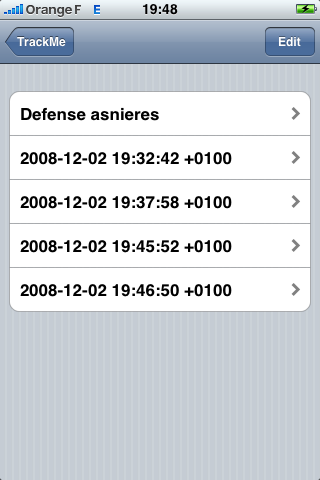 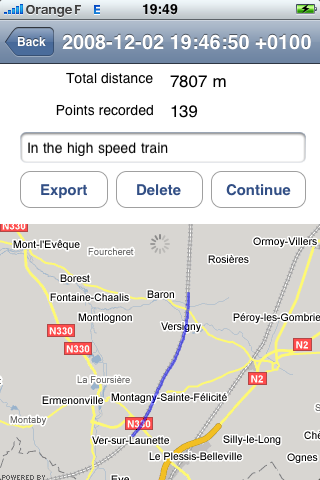