At the WSJDLive Conference in Laguna Beach, California, Apple's Tim Cook discussed his thoughts on retailers that refuse Apple Pay and revealed that over one million cards had already been activated on the mobile payments system.

Is it a real challenge now this whole issue of whether or not some of these retailers are actually not willing to cooperate?

"I think its a skirmish, is the way we see it. You know we started last Monday, we've been at it for a week and I follow these numbers pretty closely. In the first 72 hours we've gone over the one million mark on activations of cards. Visa and Mastercard, we talked to these guys today, and they told us that if you sum up everyone else that's in the contactless mobile payment at the point of sale, we're already number one, and not just number one, but we're more than the total of all the other guys. We've only been at it a week!" 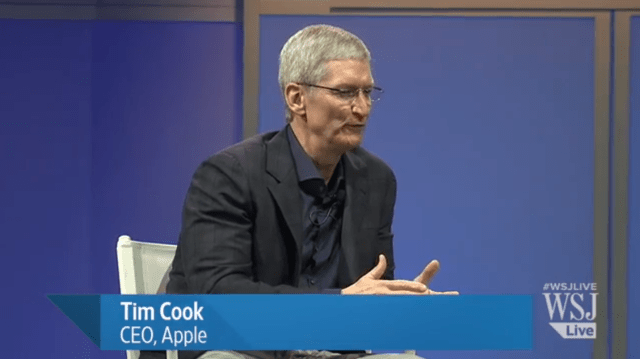 it wasnt me - October 28, 2014 at 3:18pm
There is no advantages on the retailers side and unproven security
Reply · Like · Mark as Spam

it wasnt me - October 28, 2014 at 3:03pm
Fraudulent scheme,bribery,denial and Misrepresentation. This are some of the things that apple does to make money
Reply · Like · Mark as Spam

Bright Verge - October 28, 2014 at 9:50am
I can almost hear the Fandroids foaming at the mouth BrightVerge and going apeshit hearing about Apple Pays take up rate being higher within 72 hours compared to the 3 years of Google Wallet's existence.
Reply · Like · Mark as Spam
5 More Comments
Recent