RIM will reportedly launch its own music store for Blackberry customers starting in September.

According to TGDaily, RIM will offer its wireless music download service through a partnership with UK-based download website 7Digital. The service will launch in the UK, US, Canada, France, Italy, Germany and Spain in September.

According to marketing manager Peter Davias, tracks will cost 99 cents or $9.99 for an album in the US, or 79p/£7.99 in the UK. Most of the six million tracks available will be DRM-free.

"We've got a facility whereby we can deliver tracks over the air as AAC [Advanced Audio Coding] if you're in a 3G zone, but if you have Wifi it will automatically upgrade to a 320KB MP3 file," Davias told TG Daily. "There's also Wifi synching, so it will synch automatically from your PC to your Blackberry." 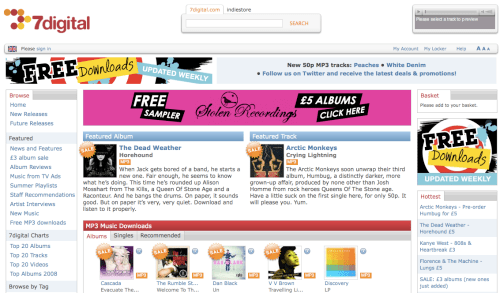