Apple has released iMovie which fixes an issue with iPhone 3GS video and other stability problems.

This update improves overall stability and fixes a number of other minor issues. The issues addressed include:

The update is recommended for all users of iMovie ’09.

You can download and install iMovie 8.0.4 by selecting Software Update from the Apple menu at the top left of your screen. 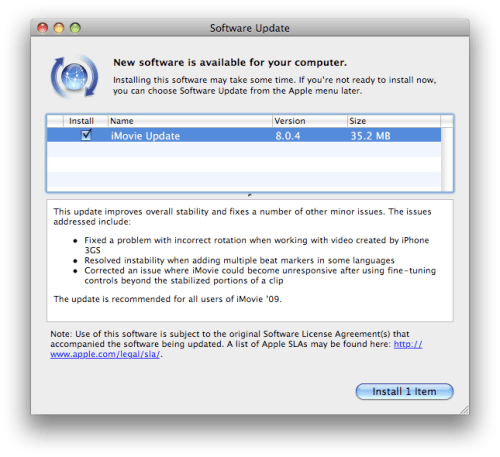