New details about Apple's upcoming 12-inch MacBook Air have been leaked by 9to5Mac alongside mockups that depict what the compact notebook will look like.

The 12-inch MacBook Air will be considerably smaller than the current 13-inch version, yet also slightly narrower than the 11-inch model. The new 12-inch version is approximately a quarter-of-an-inch narrower than the 11-inch version, yet it is also a quarter-of-an-inch taller in order to accommodate the slightly larger display. In order to fit the larger screen into a footprint about the size of the current 11-inch model, the bezels on the display have been reduced on all sides. 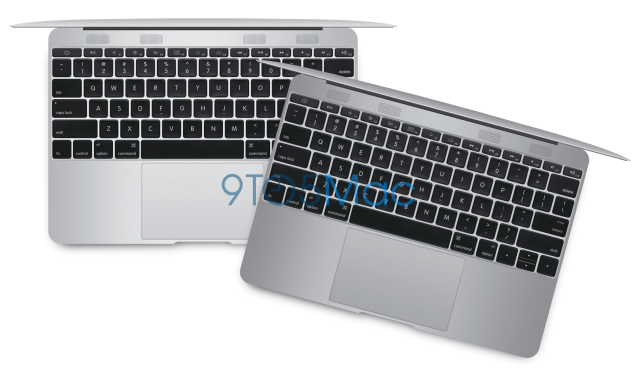 According to sources inside Apple that have used the prototype computer, the entire notebook has been revamped from the keyboard to the trackpad and speakers. The keyboard sits nearly edge-to-edge across the width of the MacBook. The keys have been redesigned so they sit closer together and to keep the keyboard as narrow as possible, Apple has relocated some of the function keys across the top and tweaked the arrow keys. The trackpad is about the same size as an 11-inch MacBook Air but slightly taller, almost touching the bottom of the keyboard and the bottom of the frame.

In line with past rumors, the trackpad no longer has the same click that Apple's other trackpads feature. This is likely to reduce the thickness of the device. The overall design of the notebook is said to feature a teardrop-like, tapered design that gets thinner from the top to the bottom. Above the keyboard are four speaker grills that are also used as ventilation holes. 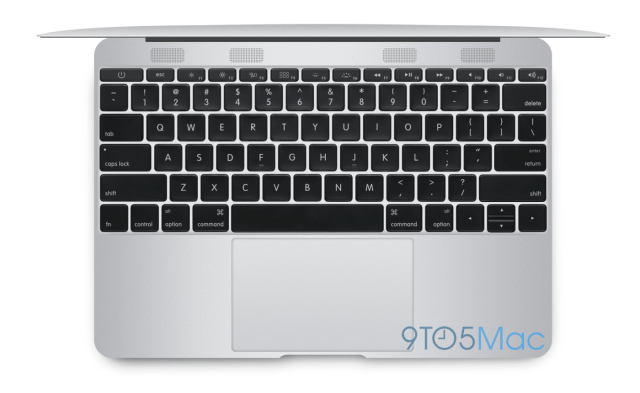 It's said that the device is so thin that Apple employees refer to it as the MacBook Stealth. Unfortunately, the notebook's small fingerprint means less ports. On the left is a headphone jack and dual microphones. On the right is just the USB Type-C port. Apparently, Apple is even considering ditching Thunderbolt for the new laptop. USB Type-C can be used to power computers and drive displays making a MagSafe plug unnecessary. Hopefully, Apple will create a hub of some sort that could be used to attach multiple devices to the laptop.

It's still unclear when Apple will debut this new notebook; however, some reports have been suggesting mid-2015. Please follow iClarified on Twitter, Facebook, Google+, or RSS for updates.

Vang - January 6, 2015 at 10:45pm
Keep the ideas flowing. Cause we all know Apple is just taking ideas at this point. Billions will be milked before the next move. Oh I forgot to mention. That will require a charging redesign adaptor. The saga goes on...............
Reply · Like · Mark as Spam

Ren - January 6, 2015 at 10:47pm
At this point only in general. We didn't ask for Apple pay and that was included in the 6 and 6 plus. Basically Apple chooses what makes their perfect notebook better.
Reply · Like · Mark as Spam