Saurik has released Cydia Impactor a tweak that lets you 'unjailbreak' your iPhone, iPad, and iPod touch without requiring a restore.

You may want to do this in order to sell your device to someone else and retain its ability to jailbreak or if you are noticing problems with your setup and want to start over with a reasonably fresh install.

How It Works:
All files on your device that have been modified or otherwise destroyed are downloaded directly from Apple. In a series of carefully calculated file migrations, all new files are moved to the user partition, and all system data is moved back to the system partition.

Up until this point, the idea is that no changes to your system have been made that are "unsafe": at any point, if Impactor fails/crashes or your device reboots, you can just run it again later. Finally, all of the staged changes to the filesystem are "committed", all user data is deleted, and iOS is told to run its "reset all content and settings".

The idea is that this "critical window" lasts only the final few seconds of a process that lasts for multiple minutes. (That said, I still highly recommend not at all "messing with" the app while it is running, and maybe if you have a lot of data this will take longer than I expect.)

When the device reboots, it will look as it did when you first turned it on; it will also no longer be "jailbroken": if you want to jailbreak it, you will need to do so using a desktop jailbreaking tool.

You can find more details in the package's description in Cydia. 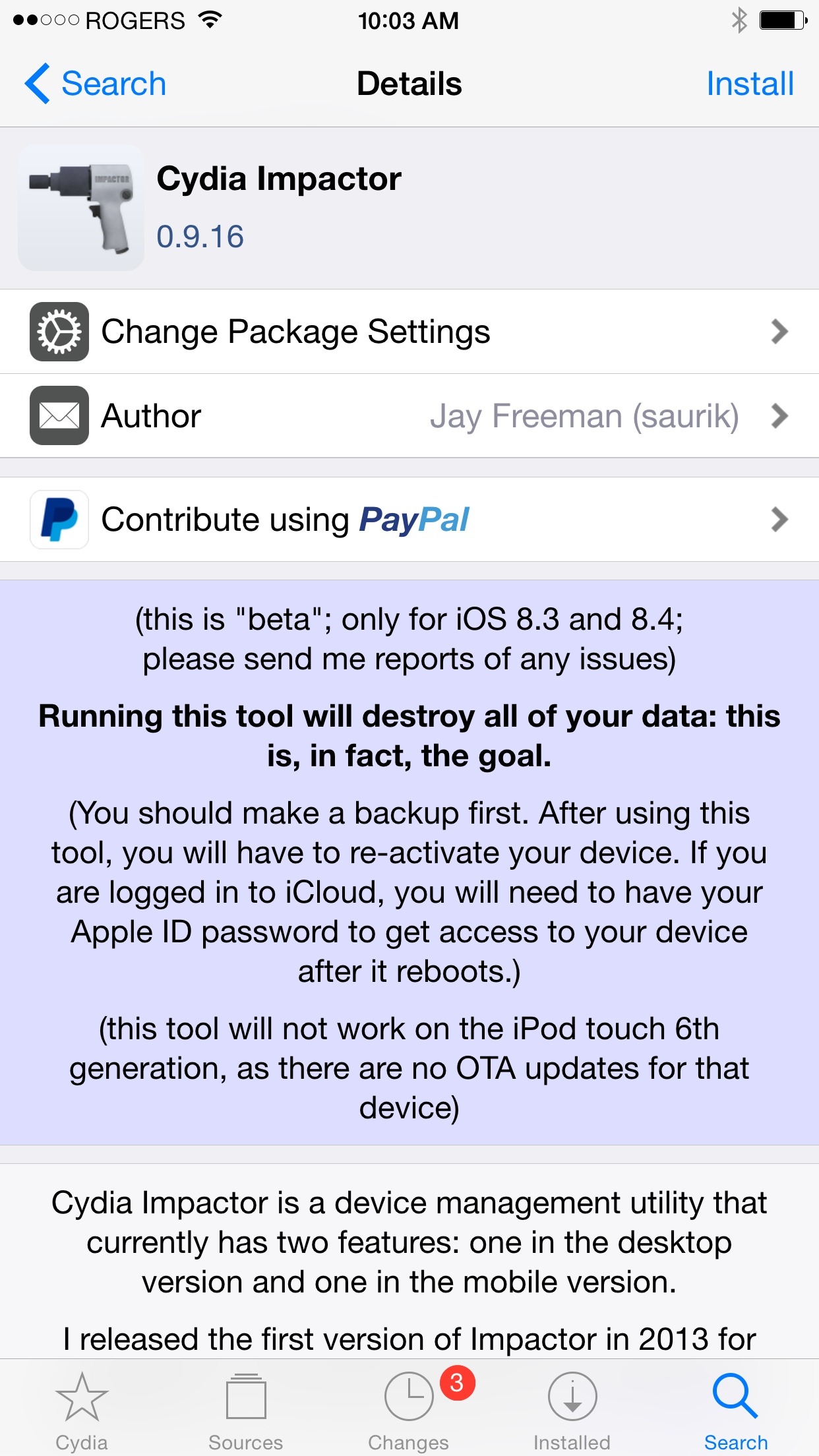 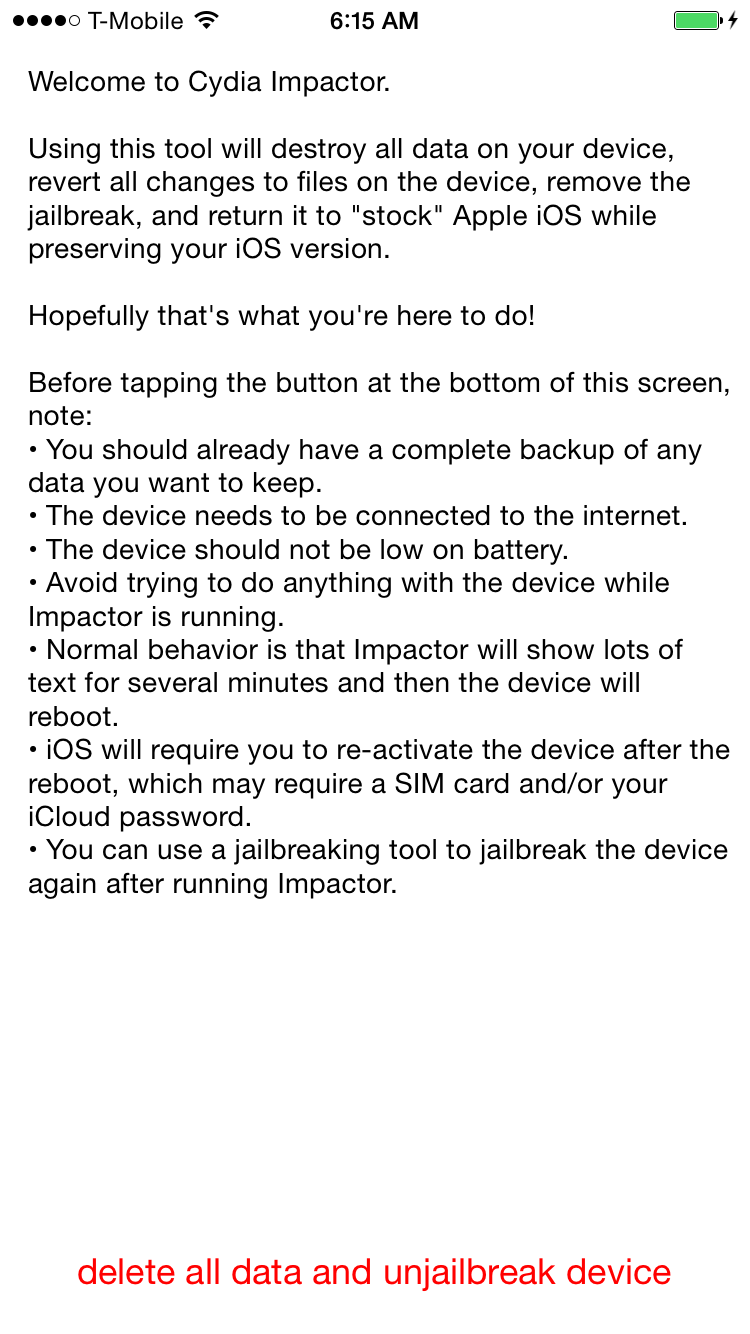 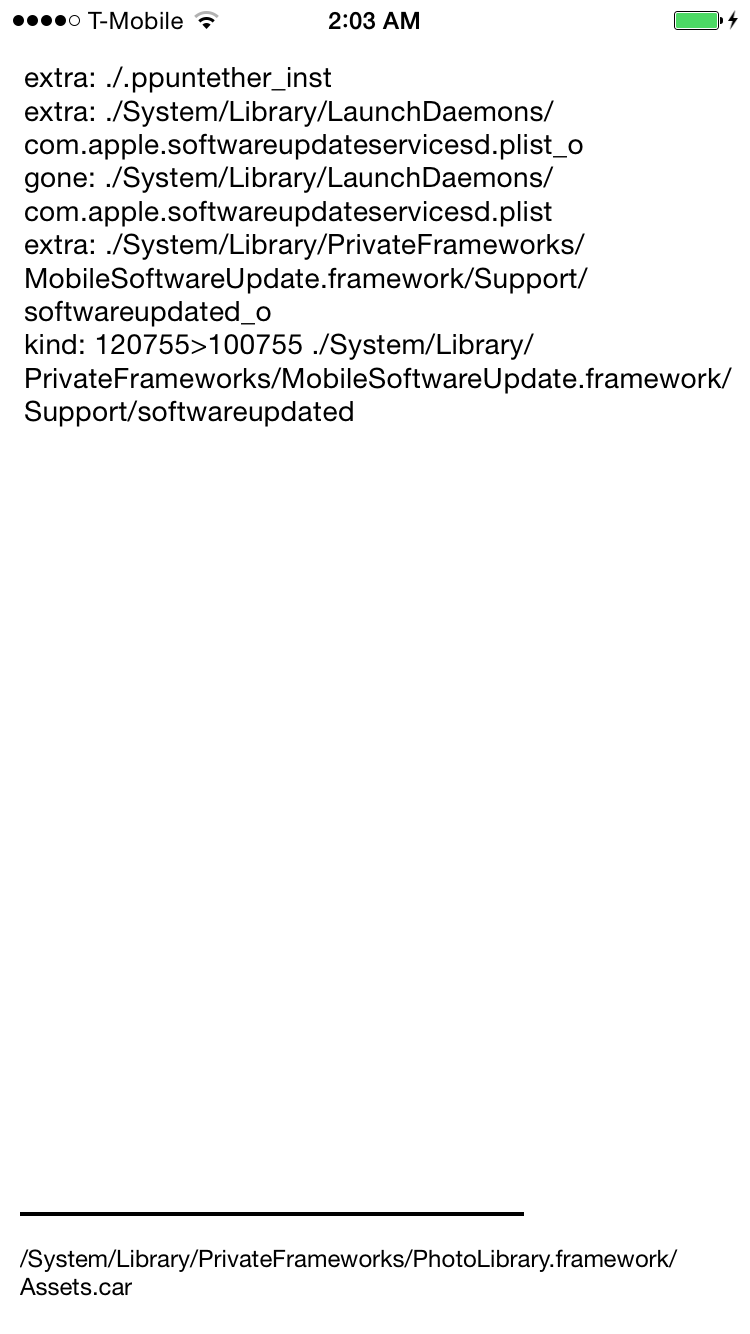