SkypeCap has announced SkypeCap for Mac 3.3, an update to their Skype video and audio session recorder for Mac OS X. With a focus on ease-of-use, SkypeCap for Mac allows recording of video and audio conversation from Skype to QuickTime MOV, mpeg, Flash SWF and FLV, mp3, iPhone/iPod mp4 files and lossless video. It fully integrates the process into the Mac experience by allowing human interaction during session recording and conversion.

Do you wish you could be in two places at once? With Skypecap call recorder software you can make that 3pm sales call in person and not miss a word of the 3pm conference call. When the Skype conference call is recorded and saved with SkypeCap, you simply listen to the recorded call later, when it's convenient for you.

SkypeCap for Mac saves your Skype sessions so that you could hear and watch them again later or share them with someone else. Now you can with SkypeCap! SkypeCap for Mac is the complete resource for capturing and recording Skype sessions in real time. Use SkypeCap to record: Skype video, Skype Casts, teleconference calls, meetings, training sessions, announcements, interviews, group brainstorming sessions, telephone and cellular phone calls and more.

The possibilities are endless. You control when recording begins and ends, as well as level of quality at which the recordings should be captured. SkypeCap lets you know when it recognizes that Skype sessions are occurring so that you can record them. Only you will know that the audio or video are being recorded.

Pricing and Availability:
SkypeCap for Mac is available for only $49.95 (USD) for a Single License, and may be downloaded directly from the SkypeCap website. 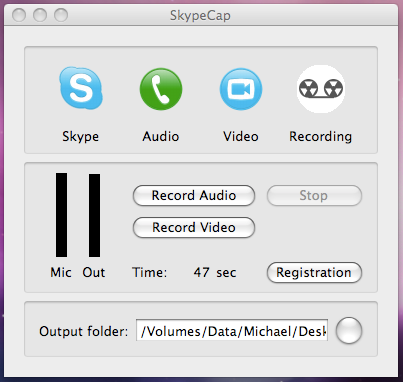 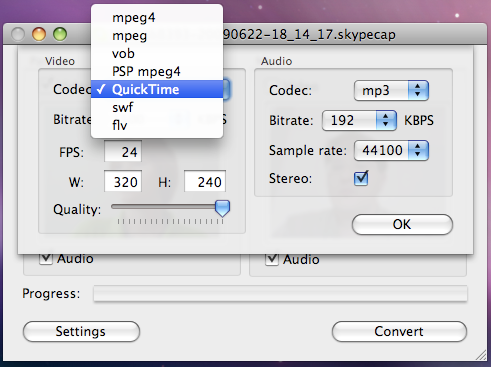