Apple today made the source code of Grand Central Dispatch available under an Apache open source license, according to MacResearch.org.

Grand Central Dispatch (GCD) in Mac OS X Snow Leopard is a set of technologies that makes it much easier for developers to squeeze every last drop of power from multicore systems. With GCD, threads are handled by the operating system, not by individual applications. GCD-enabled programs can automatically distribute their work across all available cores, resulting in the best possible performance whether they’re running on a dual-core Mac mini, an 8-core Mac Pro, or anything in between. Once developers start using GCD for their applications, you’ll start noticing significant improvements in performance.

So why did they do it? Only Apple knows for sure, but there are compelling arguments for open sourcing Grand Central Dispatch, even for a commercial enterprise. First, Apple will of course reap the rewards of any development that takes place, just as they have with WebKit. Second, it is unlikely that Grand Central would be used by any direct competitor to Apple, like Microsoft. Grand Central is more likely to be added to other UNIX and Linux systems, none of which really pose a threat to Apple’s consumer-based business.

This leads to what is perhaps a more important consideration for Apple, that allowing Grand Central to be ported to other UNIX/Linux systems will encourage its use. 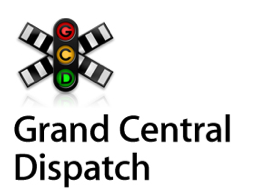