Hrmph.com has found a patent application that was published in August of 2007 that clearly shows Apple the rearrangement of icons on a mobile device,. It even describes the wobbling of the icons to indicate that they can be moved!

Hrmpf.com has created an animation of the patent images. Click the image below to see it in action. 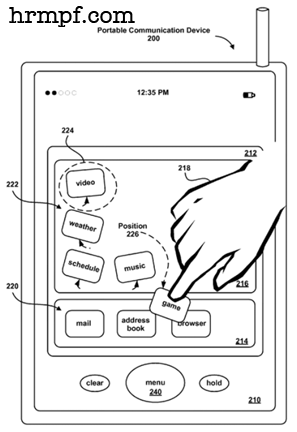