Here's how Google describes the game:

The game of Go originated in China more than 2,500 years ago. The rules of the game are simple: Players take turns to place black or white stones on a board, trying to capture the opponent's stones or surround empty space to make points of territory. As simple as the rules are, Go is a game of profound complexity. There are more possible positions in Go than there are atoms in the universe. That makes Go a googol times more complex than chess. Go is played primarily through intuition and feel, and because of its beauty, subtlety and intellectual depth it has captured the human imagination for centuries. AlphaGo is the first computer program to ever beat a professional, human player.

At a press conference for the event, Schmidt was spotted taking pictures with an iPhone 6 or 6s. In the photos below you can clearly see AirDrop as Schmidt goes to share the photo.

It's a little surprising that Schmidt would be using an iPhone as the company has it's Nexus smartphones and many Android hardware partners; however, Google does make numerous apps and services that are used by iPhone users across the globe.

Do you think it's okay for someone in Schmidt's position to be using the iPhone or should he be using an Android device? Let us know what you think in the comments! 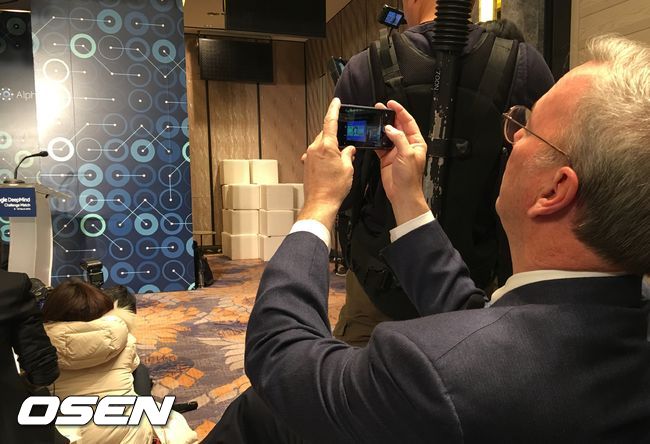 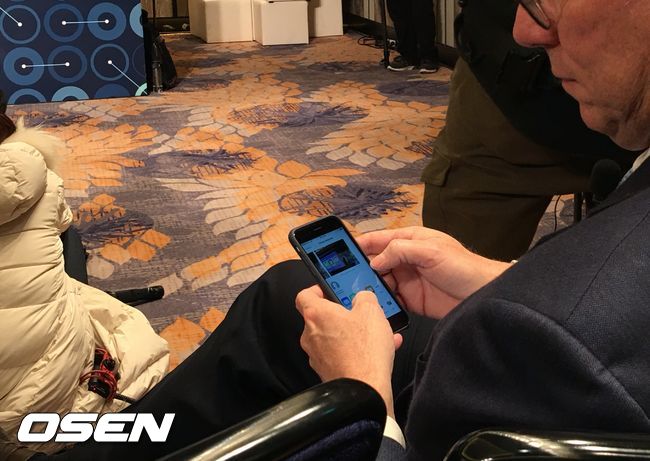 O - March 13, 2016 at 11:48pm
It's not that simple, people.. If Google (Android) & Apple weren't at war marketing & advertising-wise I'd say it doesn't matter but since they seem to be draggin each-other down at every opportunity they get, getting caught using an iPhone is rather stupid. Besides the "war game", If I have a meaningful position at Maserati & drive a ´rari what message am I sending to people seeing me in it? Basically "go buy the other guys' cars, mine aren't worth it" - And wether you like it or not this isn't smart, unless this guy doesn't give a single F about his job, which I doubt since he is the Chairman Exec. Of Alphabet, the new holding that... Well, holds google. Thus Android.
Reply · Like · Mark as Spam