Apple is planning to expand Apple Pay to mobile websites later this year, reports Re/code. Currently, the Apple Pay is only available as a payment option in mobile apps.

The service will be available to shoppers using the Safari browser on models of iPhones and iPads that possess Apple’s TouchID fingerprint technology, these people said. Apple has also considered making the service available on Apple laptops and desktops, too, though it’s not clear if the company will launch that capability.

Apple is telling potential partners that the service will be ready to launch before the holiday shopping season. The company could announce it as soon as WWDC in June.

The move puts Apple Pay in more direct competition with PayPal which is already used by many mobile websites. PayPal's One Touch mobile payment product is used by over half of the top 500 online retailers and works with any browser, device, or operating system. 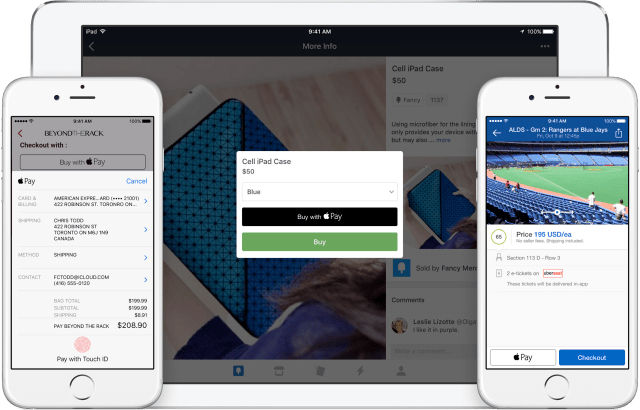