Early benchmarks for the new 12-inch MacBook show about a 15% increase in performance, reports John Poole, founder of Primate Labs and Geekbench.

A 64-bit test by Christina Warren reached a single-core score of 2894 and a multi-core score of 5845. Both tests were conducted on a 1.2 GHz model. Check out the screenshots below for more details...

How do you feel about Apple's MacBook update? Were you hoping for an additional port, Thunderbolt 3, a better camera, faster RAM? Let us know in the comments! 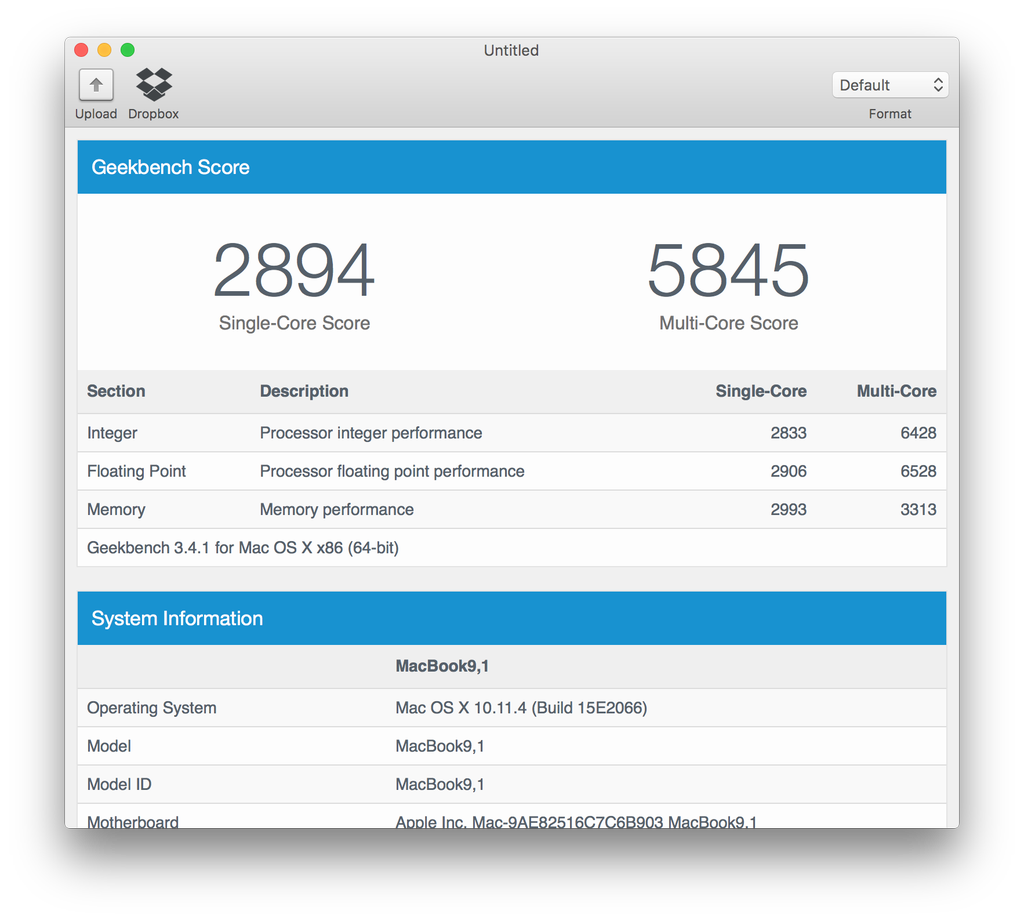 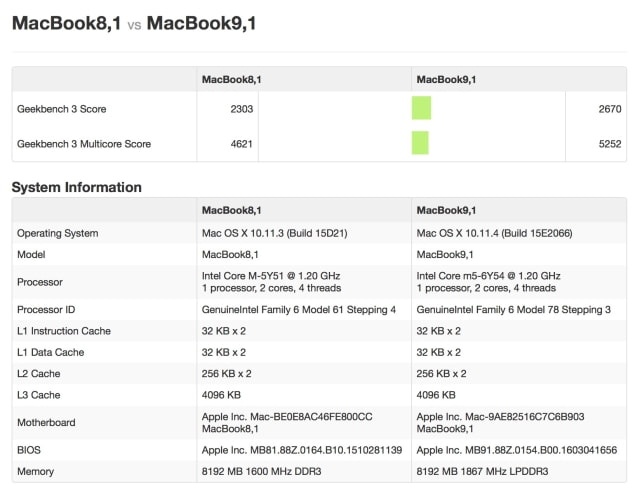 MOfdoshfwdsk - April 22, 2016 at 8:06am
As for CPU, Intel chip's year over year generally have a 20% gain on performance. This is to be expected. Keep in mind this is a 5W chip. I've noticed that even on a high end matchbook now (vs five years ago) you won't hear the fan as much, if at all, so here we have it! The age in which either we don't hear the fan or there is none. What's the difference? Well weight, sleekness, and the mobile experience. I hold my Macbook Pro and I'm like this think weights nothing, yet when I have my pack on my al over town, I'm like damn what is this think on my back? oh yeah! My backpack. Welcome to the future!
Reply · Like · Mark as Spam

. - April 22, 2016 at 12:45pm
The difference is that the MacBook generates very little heat, 100% acoustic than the other MacBooks, and no fan means smaller logic board which achieves the thinness.
Reply · Like · Mark as Spam