Evernote has announced that it is integrating Google Drive into its apps.

More than half of all Evernote users also have a Google Account. Now, everyone using Google Drive can access their Drive files in Evernote. Get ready for a rich, intuitive experience where your ideas can flow. There’s no more switching between apps, so your thinking isn’t interrupted.

How does it work?
All the files you keep in Drive are now easier to access in Evernote. Now, instead of seeing only URL links, anyone can browse anything created or stored in Google Drive right in Evernote notebooks. With this integration, Evernote customers can add any file in Drive to their notes without leaving Evernote. And any changes to files in Google Drive will dynamically update in Evernote.

“Making Drive content available in Evernote was very natural for us,” said Alex Vogenthaler, Group Product Manager for Google Drive. “Evernote is a great productivity tool and we want anyone using Drive to have access to their content whenever and wherever they’re trying to get stuff done. That’s the cloud at its best.”

Evernote says this integration paves the way for greater collaboration between itself and Google. You can try it out today on the web using Chrome and on Android devices. Other platforms will follow soon.

You can download Evernote from the App Store for free. 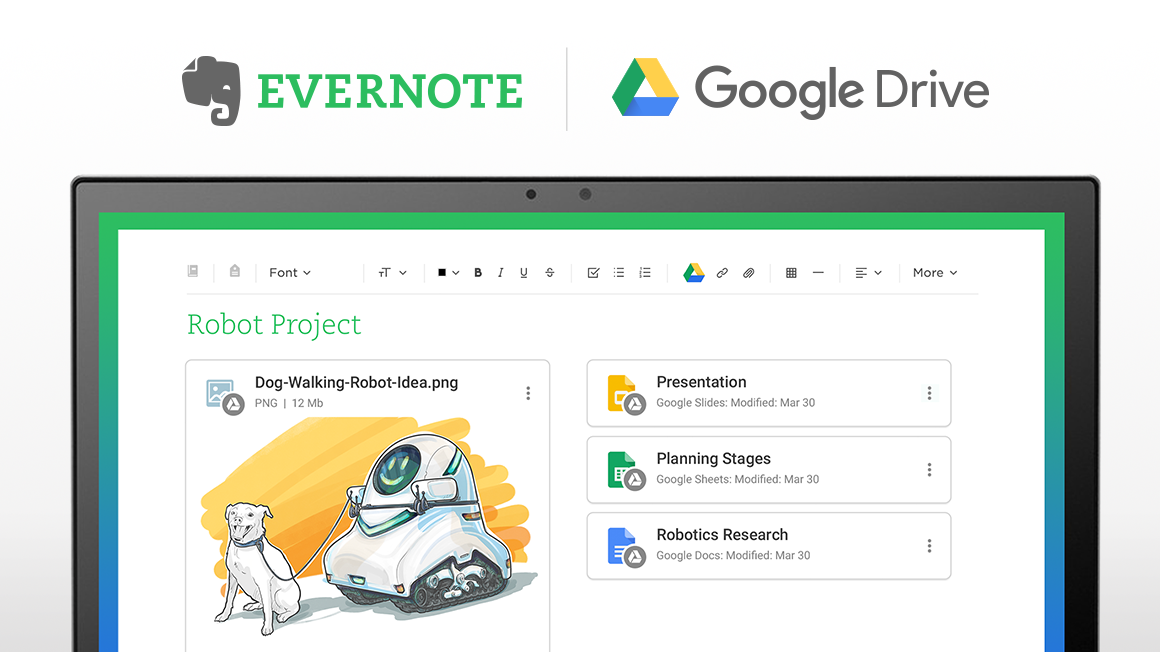