Building on GarageBand’s extensive collection of sounds, this update adds traditional Chinese instruments — the pipa, erhu and Chinese percussion — along with 300 Apple-created Chinese musical loops, giving users the power to tap into their creativity and make beautiful Chinese-inspired music right on their iOS device or Mac. GarageBand for iOS users also get two new Chinese templates for Live Loops, and new sharing options to popular Chinese social networks, so they can easily share their music creations with friends and followers across QQ and Youku.

“GarageBand is the most popular music creation app in the world and we’re excited to introduce these new features that incorporate the rich history of traditional Chinese music,” said Susan Prescott, Apple’s vice president of Product Marketing. “By adding classic Chinese instruments and new Live Loop templates, the new GarageBand app makes it fun and easy to make Chinese-inspired music right on your iPhone, iPad or Mac.”

The pipa, erhu and Chinese percussion instruments in GarageBand can be played on iPhone or iPad using Multi-Touch, and on Mac through the built-in Musical Typing feature or by connecting a third-party USB music keyboard. Each instrument includes different playing articulations, including rapid picking and note bend for pipa, and trill, grace note and glissando for erhu, making it incredibly easy for a novice to create a realistic and expressive performance. iPhone users can also use 3D Touch with the erhu and pipa to dynamically control vibrato and intensity, and both the pipa and erhu include Autoplay, letting users tap on any chord and get a complete, rich performance. Users can also play a collection of Chinese percussion instruments including drums, wood blocks, cymbals and gongs.

What's New In This Version:
• Quickly navigate long lists of Apple Loops using a new alphabetical sidebar
• Use Multi-Touch to select multiple regions simultaneously in the Tracks area
• Send songs as an audio file using AirDrop
• Share GarageBand songs via Mail as uncompressed audio
• Apply your own custom images to songs shared to YouTube and Facebook
• Support for Shared iPad in iOS 9.3 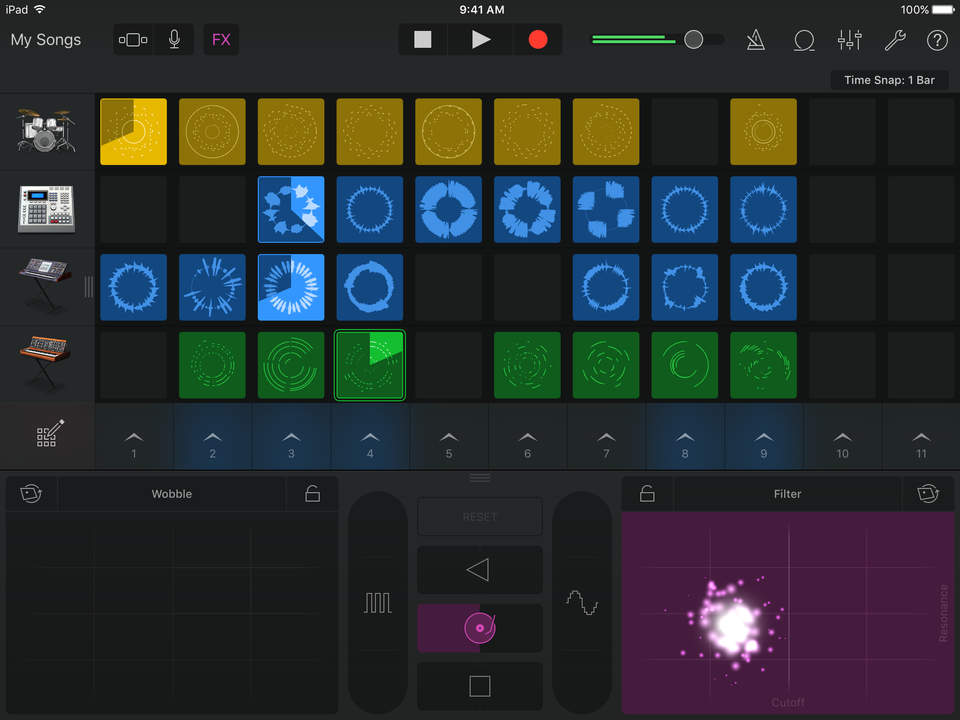 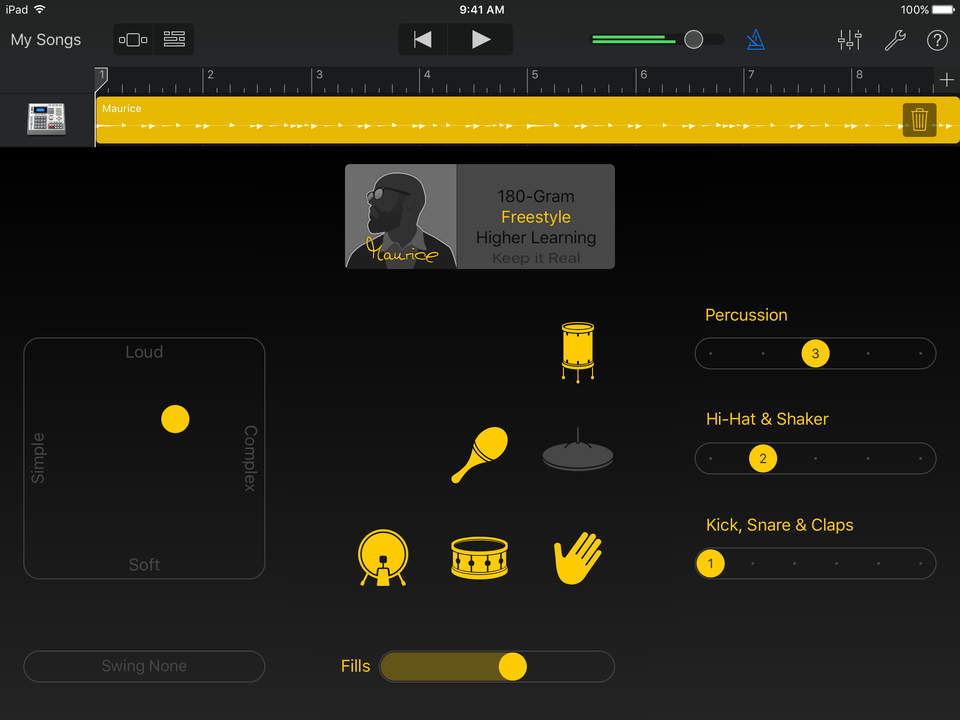 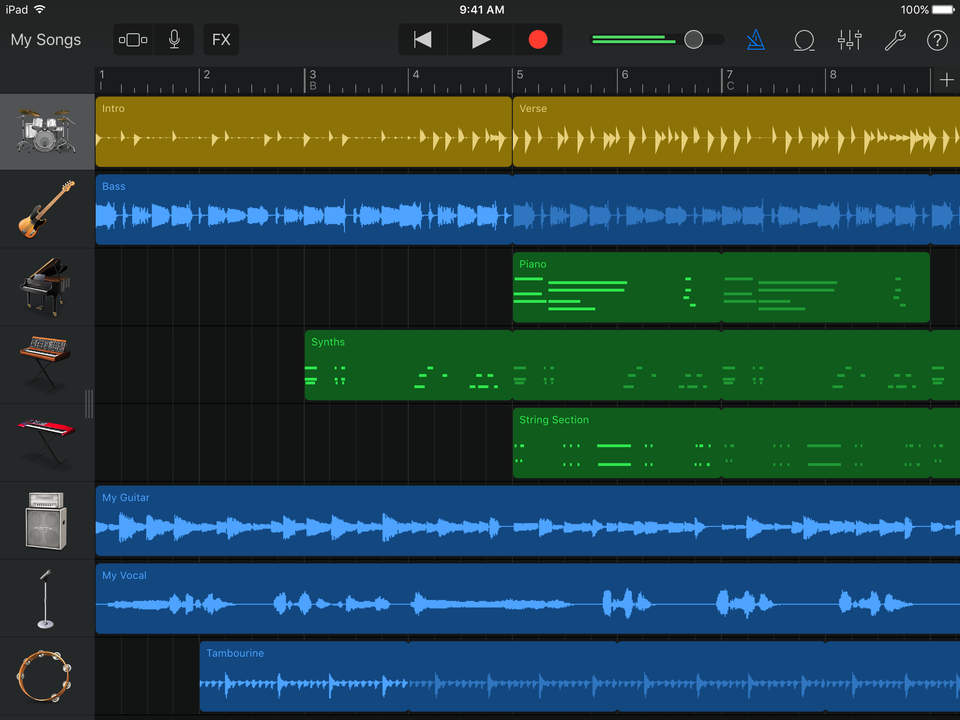