Samsung's Galaxy S7 Active, a phone that is supposed to survive under five feet of water for thirty minutes, has failed Consumer Reports' water resistance test.

Consumer Reports technicians placed a Galaxy S7 Active in a water tank pressurized to 2.12 pounds-per-square-inch, the equivalent of just under five feet of water, and set a timer for 30 minutes. When we removed the phone, the screen was obscured by green lines, and tiny bubbles were visible in the lenses of the front- and rear-facing cameras. The touchscreen wasn’t responsive. Following our standard procedure when a sample fails an immersion test, we submitted a second Galaxy S7 Active to the same test. That phone failed as well.

“The Samsung Galaxy S7 active device is one of the most rugged phones to date and is highly resistant to scratches and IP68 certified,” the company said in a written statement. “There may be an off-chance that a defective device is not as watertight as it should be.”

Notably, Apple is rumored to be improve the water resistance of its next generation iPhone. Please follow iClarified on Twitter, Facebook, Google+, or RSS for updates. 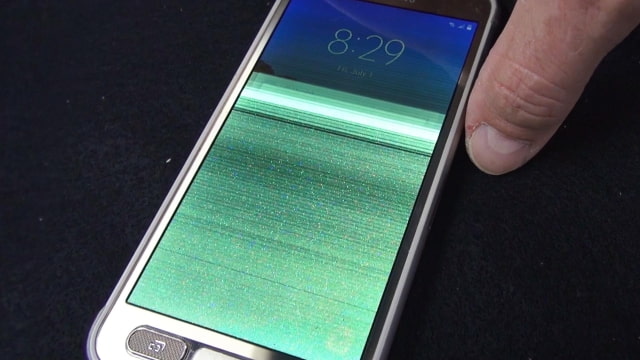 sarah puma honorio - May 23, 2017 at 8:55am
These were great for its time; expensive but worth it… ruggeds were rare back then: by the way! Have you seen the agm line ? They remember me this one: but since they are way cheaper the first time that my agm a8 fell down from my pocket i almost got a heartatack … but it survived without a scratch :) and now i am looking for the way to got myself a x1 18k gold edition
Reply · Like · Mark as Spam
1

Ruturaj Kohok - July 12, 2016 at 9:02am
A tremendously pleasing Smartphone to use! It looks sharp, has a superb design, feels reassuringly expensive and robust in the hand. for more detailed review check - http://www.mobikart.com/blog/samsung-galaxy-s7-review-why-samsung-galaxy-s7-is-the-best-android-phone-in-2016
Reply · Like · Mark as Spam