Chipworks has posted its teardown of the iPhone 7 revealing more detail on the components used in Apple's new smartphone.

Highlights:
● We have indeed found an entire Intel mobile cellular platform inside the iPhone 7. Intel supplied not just one, but two RF transceivers, the baseband modem, and the (RF) power management IC.
● The Apple A10 processor in our iPhone 7 is a TSMC chip
● Apple’s part number for the A10 is APL1W24, 339S00255
● The A10 processor is incredibly thin, giving credibility to the reports that TSMC’s InFO packaging technique is being used.
● The A10 sits below the Samsung K3RG1G10CM 2-GB LPDDR4 memory.
● SK Hynix H23Q1T8QK2MYS 128-GB part with EMI shielding, fabricated in 15-nm technology. Another device has Toshiba THGBX6T0T8LLFXE 128 GB NAND memory IC also fabricated on 15 nm.
● The Touch Controller for the iPhone 7 is manufactured by Universal Scientific Industries (USI) with markings O1 1R.
● NXP NFC Controller with package markings 67V04 (likely PN67V)
● The WiFi / Bluetooth socket has been won by Murata with a module part number 339S00199.
● We found not just 2 but 3 Audio Amplifiers - we speculate there is one audio amplifier for for each of the two speakers, and the third amplifier is for the headphone via the Lightning port. 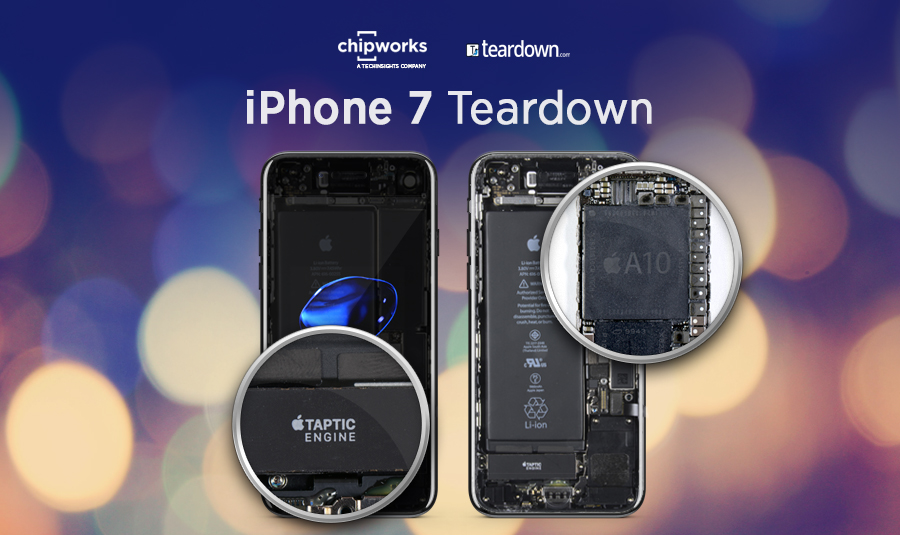 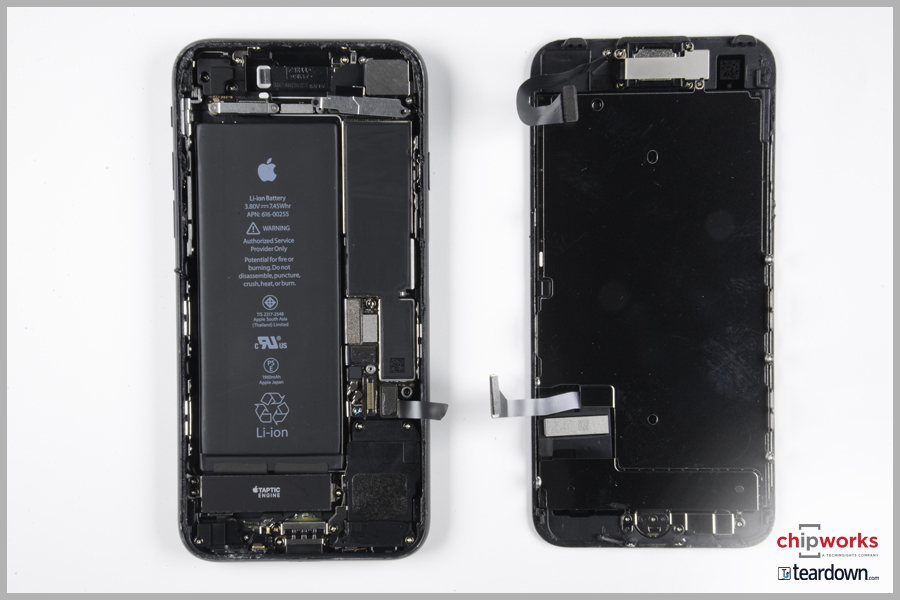 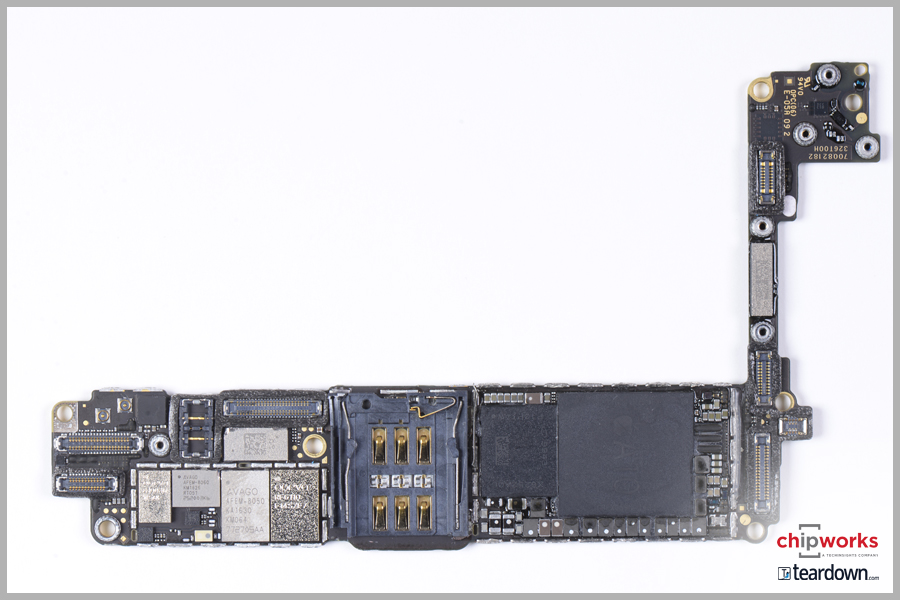 Brian - September 17, 2016 at 3:30pm
These guys were so excited about opening it up that they ripped off the screen ribbon off its side, true professionals
Reply · Like · Mark as Spam

Rain man - September 17, 2016 at 12:37am
Really love my new iPhone in black. Saw the jet black in person and I was sure then and there I made the right choice. And the home button is sweeet!! No issues or weird feelings at all. On the contrary it's very futuristic. And man is this phone fast! It's blazing fast. You will notice it right out the box. It can handle a lot! I just hope the battery can stand up to the punishment I am about to give this phone.
Reply · Like · Mark as Spam
Recent