The hacker also recently posted a video demonstrating the jailbreak of iOS 10 with a working mobile substrate.

While we aren't expecting Todesco to release a public jailbreak, the good news is that it's definitely possible to jailbreak Apple's new smartphone. Hopefully, we'll see a release from Pangu or another team in the near future. 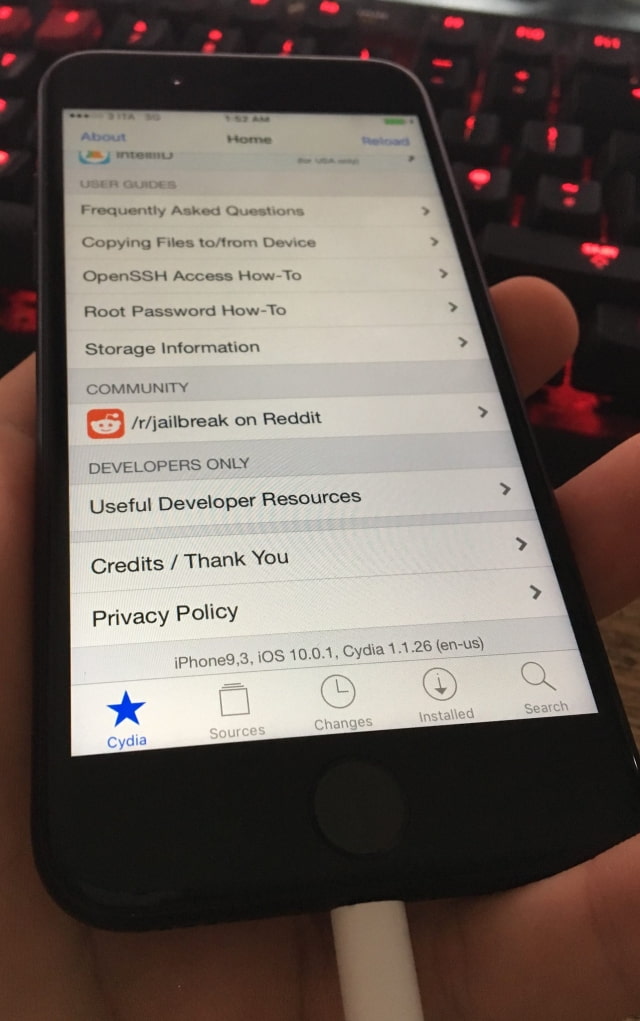 GaryJhonson - October 23, 2016 at 4:27pm
Is it something you were expecting not to happen? Everyone know the iOS jailbreak community is still rising, but not at the previous pace. The Pangu Jailbreak team is still working and Luca Tedesco is there to keep taunting people with his iOS 10 jailbreak
Reply · Like · Mark as Spam