Wistron has completed an iPhone assembly trial run in India for the first time, reports the WSJ. Wistron's unit in the southern state of Karnataka is being used to assemble the iPhone SE for Apple.

Apple said in a statement that it has begun initial production of a small number of iPhone SE handsets in Bangalore and will begin shipping the Indian-made devices to domestic customers this month. The first devices could hit stores as early as this week or next, according to a person familiar with the matter.

It's unclear how much Apple will charge for iPhone SE devices assembled in the country. Currently, the iPhone SE sells for around $320 in India. That's less than the $399 Apple charges in the United States; however, it's still out of reach for much of the country. Analysts say bringing the price below $250 would make it affordable but that is still above the average smartphone price in India.

"Apple is likely to sell a good number of iPhones if it prices them so aggressively," said Faisal Kawoosa, principal analyst at research firm CMR. "In three to five years, these users will be able to graduate to a standard-priced iPhone." 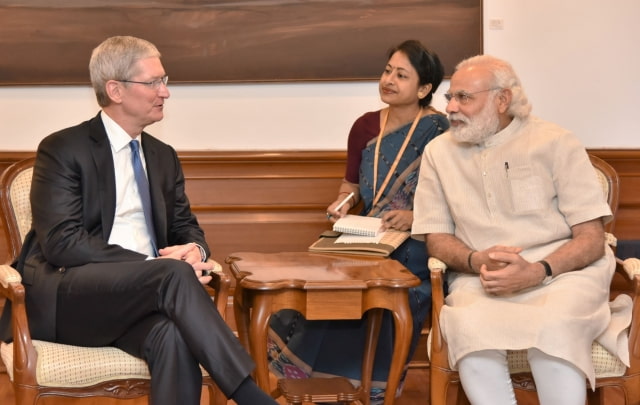