Apple CEO Tim Cook has announced that the company will donate $1 million to help in Mexico's earthquake recovery efforts.

On September 19, 2017 a 7.1Mw earthquake struck Central Mexico. It caused damage in the Mexican states of Puebla, Morelos, and the Greater Mexico City area. So far 269 people have reportedly been killed with over 1800 injured.

The earthquake came just 12 days after another earthquake in Chiapas which killed nearly 100 people. 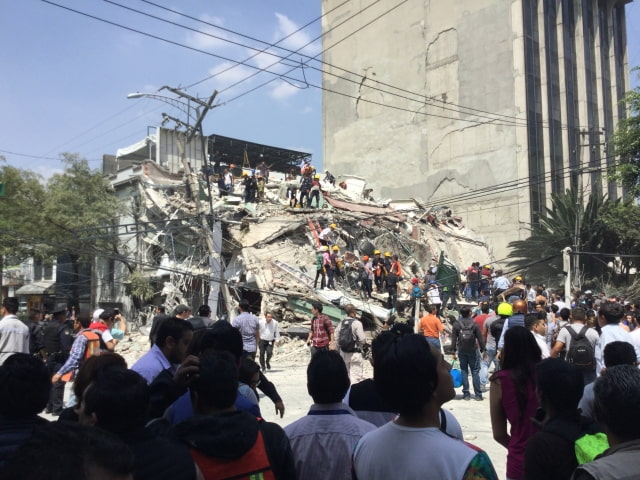 Dante - September 25, 2017 at 2:02am
I think 1bil would be great, may actually make a diff if it's spent straight to the people and places needed not to most funds or organizations, also stf about your "have you gave a penny" most people are trying to get by with that penny. Apple HAS billions sitting around so why not give back?
Reply · Like · Mark as Spam

Cheap Fuc*ers - September 22, 2017 at 11:34am
Wow, one million dollars. With only $275B in cash, how will they get by? Apple is a piece of Sh*t cheap company. Like Mukai said, give a billion (which would be a tax write off anyway) & THAT would help. They pulled the same sh*t with Texas...but gave them FIVE million. Huh, cheap & subtly racist fuc*ers. Keep you damn money you cheap pricks, what a million going to do anyway?
Reply · Like · Mark as Spam

Seka - September 22, 2017 at 1:30pm
As far as I know, there's now law or obligation to anybody to donate and $1M USD is way too far than nothing, Google and Facebook have done the same. If you are criticizing Apple is because for sure you have the moral quality and you lead by sample, right? So how much you have donated to Mexico, or to any other place suffering by a natural (or other) disaster?
Reply · Like · Mark as Spam