IHS Markit engineers have completed their preliminary teardown of the iPhone X estimating that the 64GB version carries a bill of materials (BOM) of $370.25. The phone retails for $999 USD.

“The iPhone X is the most expensive iPhone ever made, and it has the highest retail price tag of comparable flagship phones, catapulting the smartphone industry to an entirely new price point,” said Andrew Rassweiler, senior director of cost benchmarking services at IHS Markit.

Rassweiler continued, “While the iPhone X represents Apple’s biggest step forward in design since it debuted the iPhone in 2007, its underlying architecture is analogous to the iPhone 8 Plus. Both models share platform-common components, but the X’s superior screen and TrueDepth sensing set the phone apart and contribute to its higher cost.” 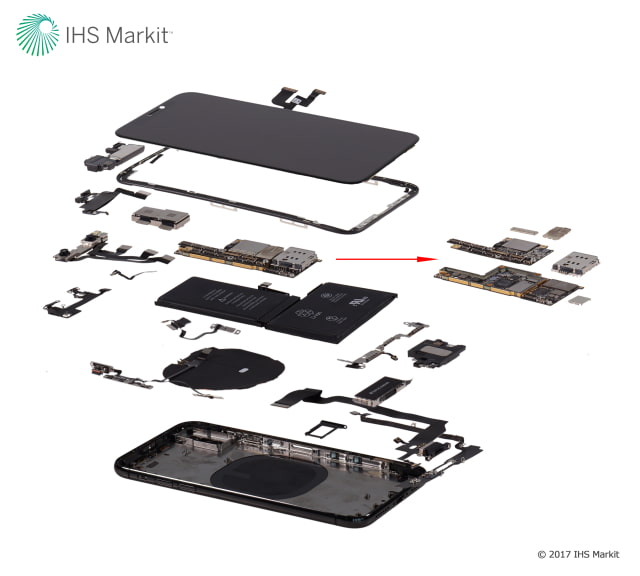 The teardown of the iPhone X revealed that its IR camera is supplied by Sony/Foxconn while the silicon is provided by ST Microelectronics. The flood illuminator is an IR emitter from Texas Instruments that’s assembled on top of an application-specific integrated circuit (ASIC) and single-photon avalanche diode (SPAD) detector from ST Microelectronics. Finisar and Philips manufacture the dot projector. IHS Markit puts the rollup BOM cost for the TrueDepth sensor cluster at $17.

“The assembly and testing of the TrueDepth system and its individual components is challenging and likely a factor in the production delays. For instance, the assemblage and test of the Texas Instruments and ST Microelectronics subsystem for the flood illuminator is far from trivial and requires a high number of test equipment pieces,” said Jérémie Bouchaud, senior director for MEMS and sensors at IHS Markit.

For the X, Apple utilizes a 5.85-inch 19.5:9 aspect ratio active matrix organic light-emitting diode (AMOLED) panel with a Force Touch sensor beneath the polarizer film. The aspect ratio is the longest of any phone on the market today. Sporting a 2436x1125 resolution, the “Super Retina” display features the highest pixel density (458 pixels per inch) and contrast ratio (1,000,000 to 1) ever in an iPhone. The panel is supplied by Samsung Display, and according to the IHS Markit AMOLED and Flexible Display Intelligence Service, the panel maker will supply around 67 million flexible AMOLED units to Apple in 2017 built to the company’s unique specifications.

IHS Markit puts the cost of the display module, which includes the cover glass, AMOLED panel and Force Touch sensor, at $110.

Check out the full breakdown below! 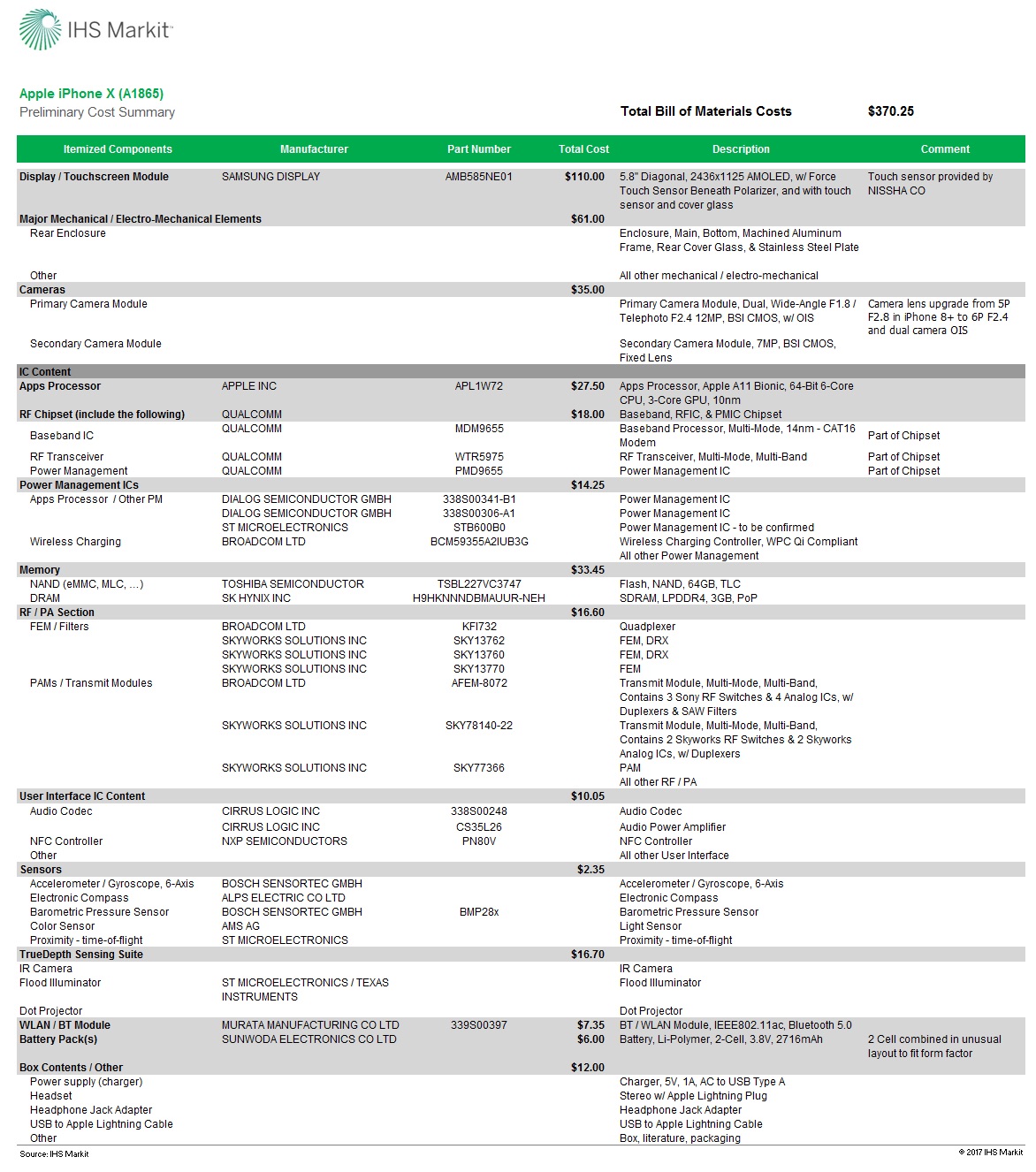 Dnirer - November 10, 2017 at 1:06pm
Yeah plus cost of the warranty returns - and maintaining repair chain of authorized repair shops etc...
Reply · Like · Mark as Spam
Recent