Apple is reportedly planning to discontinue the iPhone X later this year; rather than keep it around at a lower price when the new model launches, according to KGI Securities analyst Ming-Chi Kuo.

iPhone X would hurt product brand value & lineup of 2H18 new models if it continues to sell at a lower price after 2H18 new models launch: Lowering iPhone X's price after the 2H18 new models launch would be a negative to product brand value given 3D sensing and OLED display are features of the new high-price model. Additionally, to sell iPhone X at a lower price may have a negative impact on shipments of the new 6.1" LCD iPhone in 2H18. Thus, we estimate iPhone X will reach end-of-life (EOL) around the middle of 2018.

Later this year, Apple is expected to introduce three new iPhones: a 5.8-inch OLED model, a 6.5-inch OLED model, and a 6.1-inch LCD model. These models are all expected to feature Apple's notched design and TrueDepth camera. Kuo says that after these devices launch, Apple's 'real super cycle' will kick in. 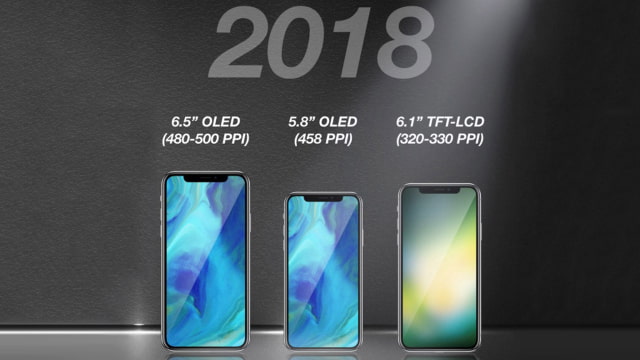 TheDean - January 23, 2018 at 12:15am
Jobs would never have gone on this path. Having X on top of the 8+ shows how unfocused Apple has become. Not to mention offering a non-expandable iMac Pro that costs more than a car and blow the CURRENT mac pro out of the water. Apple used to be very certained and focused in its offerings, giving confidence to its customers that what they buy, is best-in-market for at least the next 3 to 5 years.
Reply · Like · Mark as Spam
0