Apple is planning to increase the RAM in its new 5.8-inch and 6.5-inch iPhones, according to KGI Securities analyst Ming-Chi Kuo.

In a new research note Kuo says that both devices will get 4GB of RAM and use a two-cell, L-shaped battery design. It was previously thought that Apple would move to a one-cell design which would have offered up to 10% additional capacity. Kuo also predicts that the 'iPhone X Plus' will have a battery capacity of 3,300-3,400 mAh, up to 25% more than the iPhone X.

Apple is also expected to launch a 6.1-inch iPhone which will have the same nearly full screen design of the iPhone X with no home button and a notch. It will support Face ID and purportedly use a 'Full Active' LCD display from JDI that only requires a 0.5mm bezel on all four sides. It's said to use a rectangular one-cell battery with a capacity of 2850-2950 mAh and have 3GB of RAM. Pegatron, Foxconn, and Wistron will reportedly share assembly orders for the device at 60%, 30%, and 10% respectively. The 6.1-inch iPhone is expected to cost between $700 and $800 USD.

Notably, a recent report from Digitimes claims Apple has decided to replace the 5.8-inch iPhone X with an LCD model. This would leave just the 6.5-inch device with an OLED display. 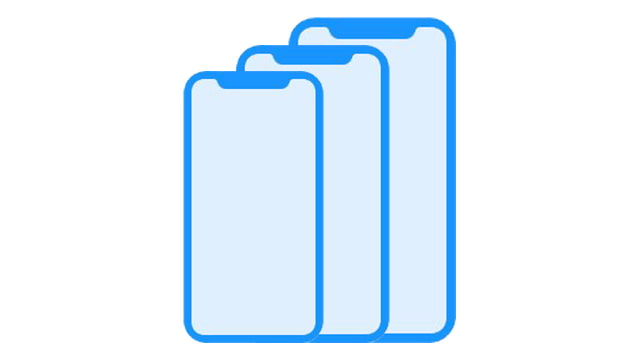 StevenT - January 29, 2018 at 5:25am
Majority of 3rd party/independent apps are still iPhone 5 downsize. Fix that first Apple.
Reply · Like · Mark as Spam