Twitter has officially discontinued its app for Mac. The company made the announcement via a tweet a few minutes ago and as already pulled it from the Mac App Store.

We're focusing our efforts on a great Twitter experience that's consistent across platforms. So, starting today the Twitter for Mac app will no longer be available for download, and in 30 days will no longer be supported.

Did you use Twitter for Mac? Let us know what you think of Twitter's decision to kill the app in the comments! 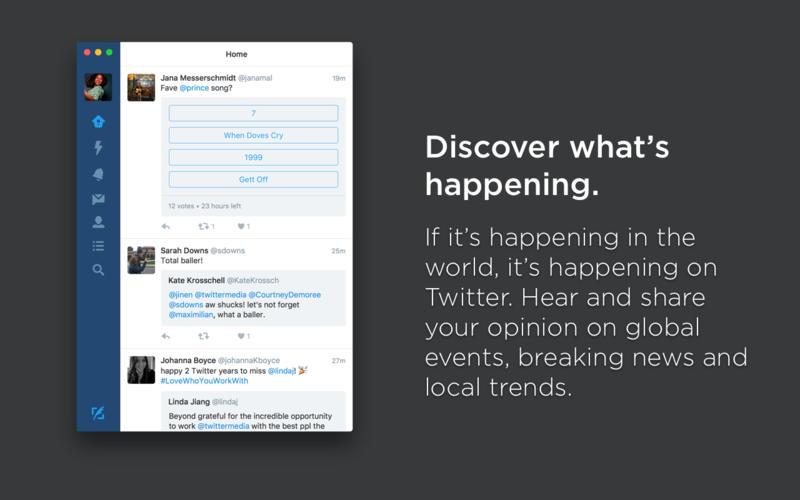 Rod Peel - February 17, 2018 at 11:21am
Used it to tweet when watching F1 races, I could keep the twitter tag open along with streaming with firefox and using the F1 app on my iPad. It was great to be able to use the keyboard to type. It's a shame it's going.
Reply · Like · Mark as Spam