Apple CEO Tim Cook is scheduled to meet with President Trump today after attending a state dinner at the White House on Tuesday night, reports Reuters.

It's not clear what the two will discuss; however, the technology industry is concerned about the potential for a trade war between the U.S. and China.

Apple and other hardware makers have deep ties with China, where they build most of their products for export around the world. Cook urged calm and called for more open trade after Trump announced he would impose tariffs on certain Chinese imports, and China retaliated with tariffs on U.S. imports.

Trump has threatened to impose an additional $100 billion in levies on Chinese imports; however, yesterday he said there was "a very good chance" that the two countries could reach a deal as a U.S. delegation prepares to leave for China in a few days. 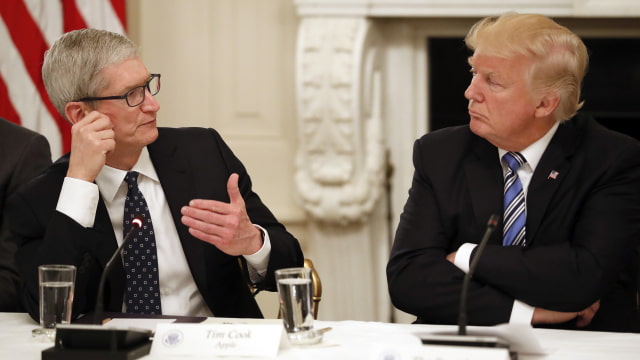 Applebaron - April 30, 2018 at 2:51pm
President Trump should try as much as possible cooperate with His business partner China so as to create business harmony
Reply · Like · Mark as Spam
Recent