Apple is partnering with Goldman Sachs on an Apple Pay credit card, according to a new report from the WSJ.

The new card would carry Apple Pay branding and could launch early next year, sources say. It will replace the rewards-card partnership Apple currently has with Barclays.

The partnership will extend into other services including Goldman offering in-store loans to Apple customers buying iPhones and other gadgets, an effort The Wall Street Journal reported on in February. Apple and Goldman are still hashing out the terms and benefits of the planned card including the perks for customers, these people said. The current Apple credit card with Barclays offers interest-free financing on Apple devices and points toward Apple gift cards.

It's believed that Goldman could raise Apple Pay's profile as the card would be touted in advertising and pushed by cashiers at Apple Stores. Apple could also boost its revenues by getting paid for each new card cardholder. These payments can exceed $100 per account. The WSJ says Apple declined to take bounties from the Barclays card and instead used the money toward interest free financing.

Apple could also take a larger cut of mobile payments from the card if used for mobile purchases. Currently, Apple received 0.15% per transactions via Apple Pay, no matter the card. One source believes Apple could more than double that if a payment is made via an Apple Pay credit card. 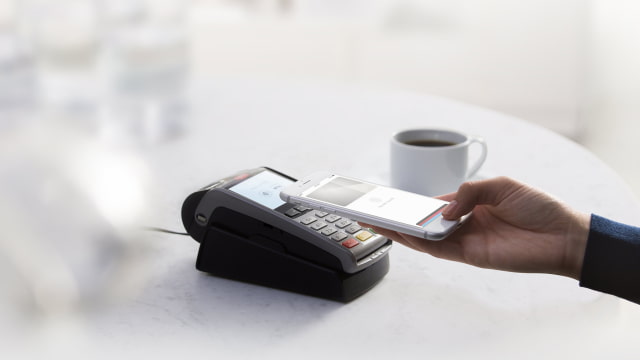