LinkedIn has announced a new Voice Messaging feature that lets users record and send voice messages up to one minute in length.

Whether you’re responding while walking or multitasking, or need to give an in-depth explanation, voice messages let you more easily and quickly communicate in your own voice with your connections.

Why use voice messaging?
● Easily message on-the-go: People speak about four times faster than they type, making voice messaging great for explaining longer or more complex ideas without the time and involvement of typing and editing a message. It’s also helpful for when you’re on the move and don’t have time to stop and type.
● Get to it when you can: Leaving a voice message can often better for a recipient than calling them since they can listen and respond when they have a free moment.
● Better express yourself: Speaking in your own voice allows you to build a more personal connection and effectively communicate. It’s easier for your tone and personality to come through, which can sometimes get lost in translation in written communications.

Voice messaging is rolling out now in the LinkedIn app for iOS and Android. You can receive voice messages on mobile and on web. 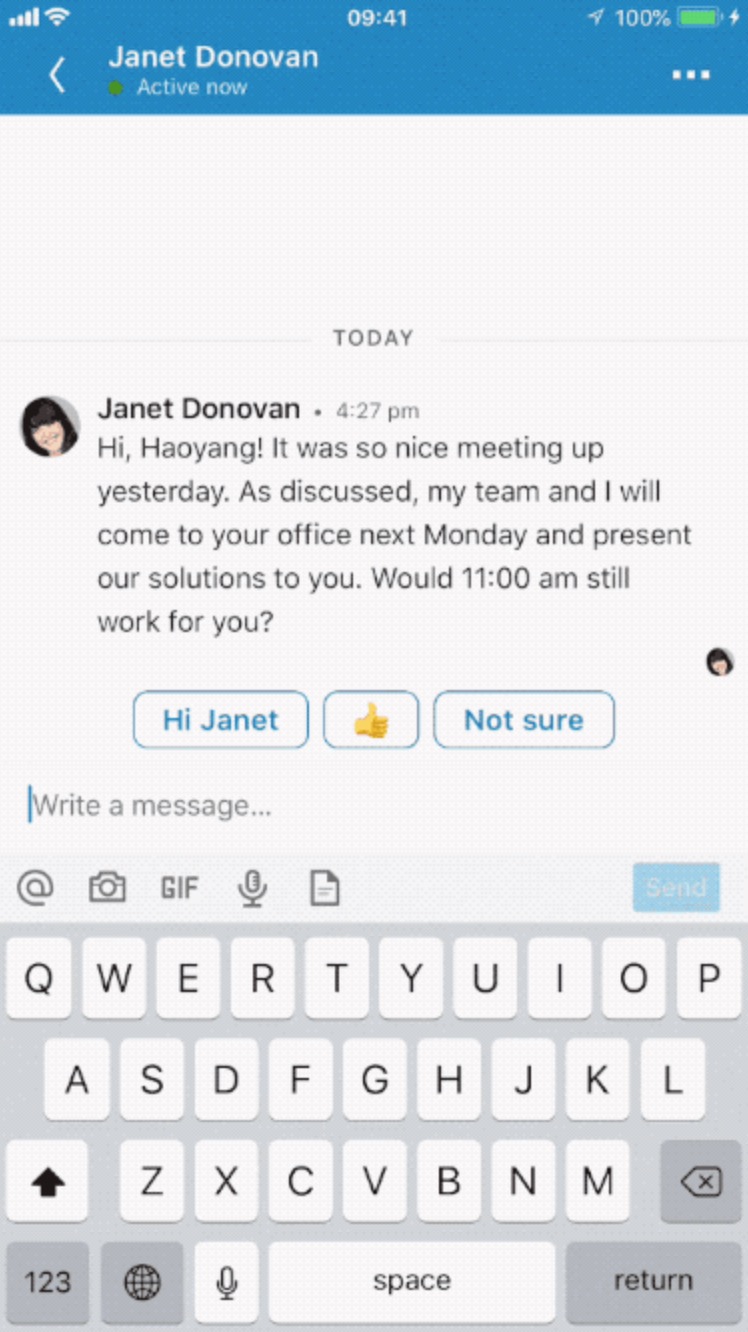 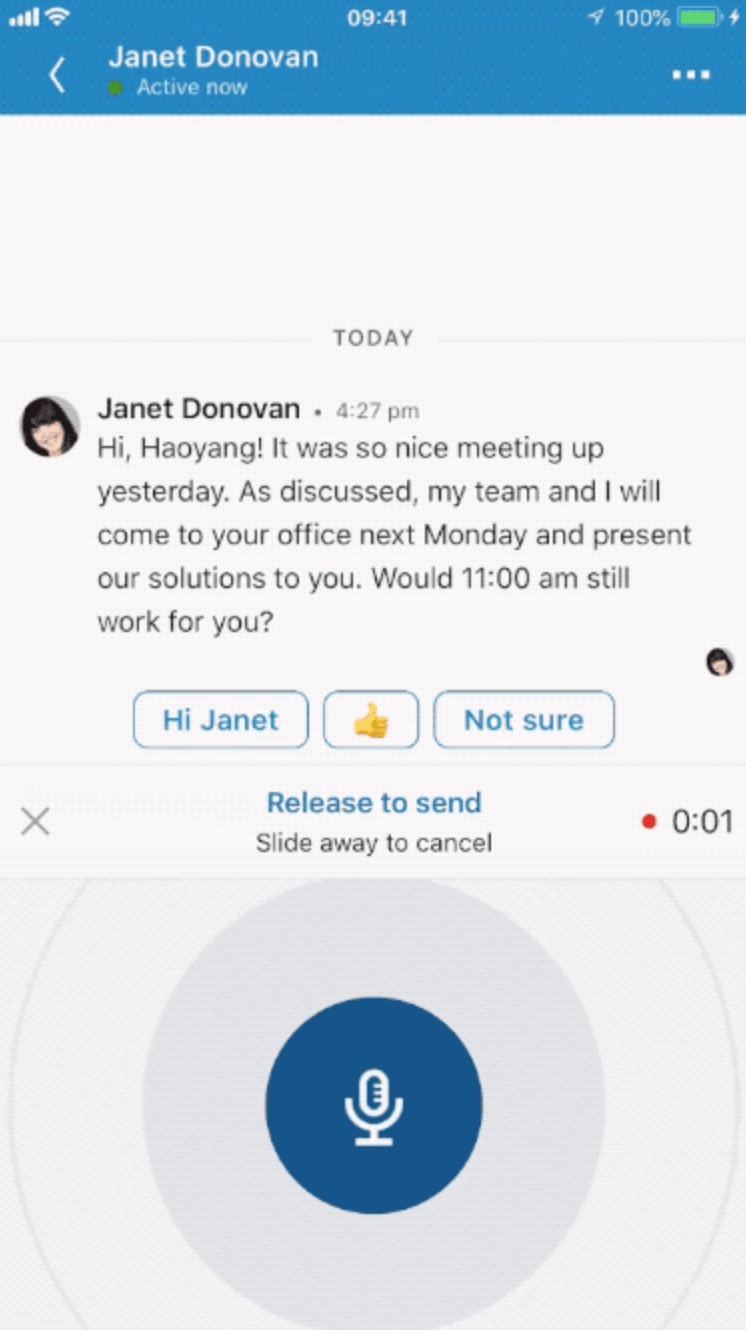 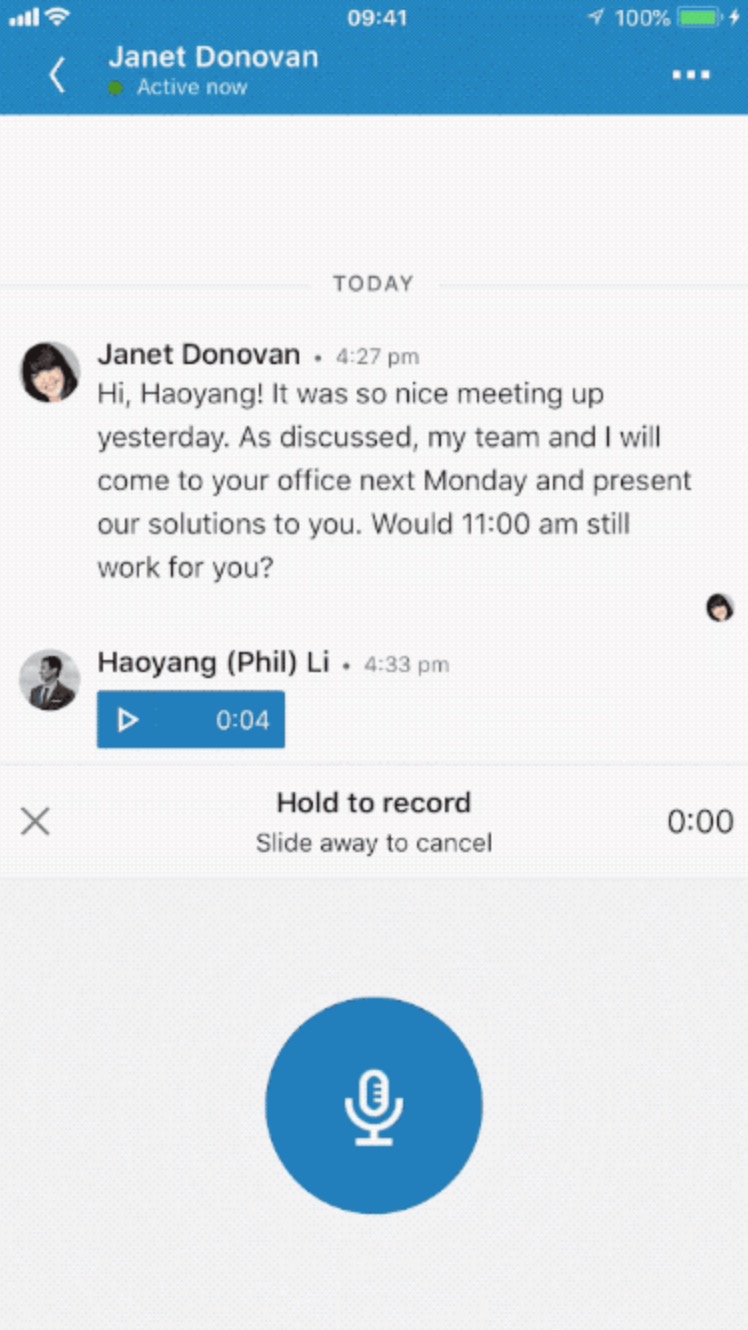