Apple has announced that iOS 11 adoption has reached 85% as measured by the App Store on September 3rd.

Take a look at the chart below! 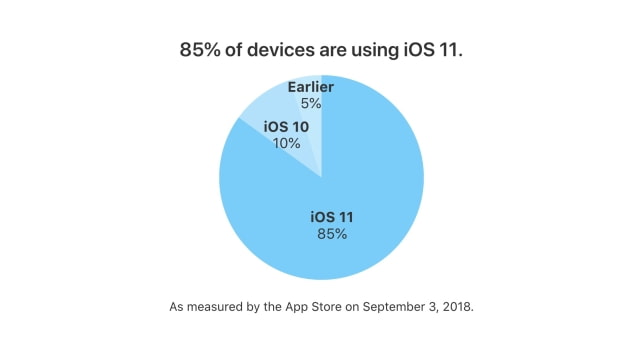