Saurik has announced that effective immediately the Cydia Store has been shut down.

The Cydia Store opened on March 7, 2009. It provided a way for developers to sell their tweaks and apps to users with jailbroken devices. The very first package for sale was Cyntact, an app that showed profile pics in your contact list. The app cost $1.00 to purchase.

Unfortunately, as Apple added more features to iOS, the popularity of jailbreaking declined. At the same time it became harder to jailbreak iOS so public jailbreaks were fewer and far between. Less traffic means maintaining the store now costs more than it brings in. Saurik planned to shut it down by the end of the year but a recently discovered bug has moved up that timeline.

"The issue was regarding the ability for arbitrary depiction pages to make unconsented cydia store purchases if the user was logged into their cydia store account and chose to link their paypal info to the their account."

Given the push from Nullpixel and Andy Wiik to do something about it this morning (which isn't a problem: I think people think I was saying this to shift "blame" to them? I had to say this to explain why I am doing this now, but I was going to do this anyway next week... I don't even personally believe in "responsible disclosure", but I do believe in the importance to avoid confusion; the bug was serious, and affected people actively logged in to Cydia: it is stupid of specifically me that I have made such a massive error in the Cydia Store backend), I've had to reconsider my timelines; I have thereby gone ahead and shut down the ability to buy things in Cydia, effective immediately. I will put together a more formal post about the arc of Cydia, likely to be published next week.

It's definitely sad for us to say goodbye to the Cydia Store. We're incredibly thankful to saurik and all the developers that contributed to the store over the years. We'll let you know when saurik posts his recap next week. For now, let us know what you think about the shutdown in the comments. Will you miss the Cydia Store? 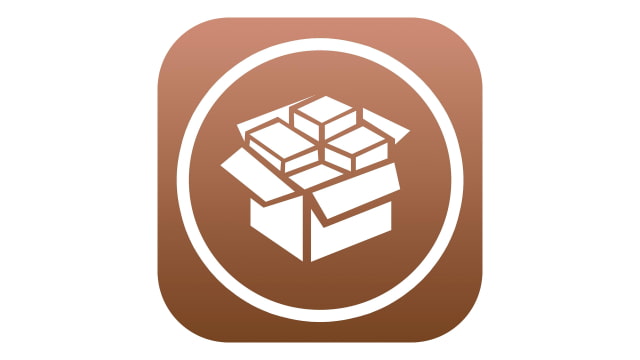 NoGoodNick - December 20, 2018 at 3:02pm
iChild, Jailbreaking is dead, not because there’s no interest in jailbreaking, but because Apple changed their long term policy and began PAYING jail breakers for their exploits, shutting them down before users have the opportunity to up/downgrade to the specific iOS version. If you’re lucky enough to personally know the jailbreaker in question, then good for you, but such ‘early notification’ doesn’t apply to anyone else. Jailbreaks thrived because they were ONCE open to everyone. If it’s now just a private club, who personally profit from exploits which effect EVERYONE, then I’d rather have NO jailbreaks at all. The same jailbreakers who earn a million a pop from Apple, can easily turn around and sell the same exploits to police departments across the globe, in addition to thousands of repressive governments, meaning that YOUR free ride is coming out of OUR personal freedom!
Reply · Like · Mark as Spam

ichild - December 17, 2018 at 3:13pm
I will say it, for the people that have. Brain and understand what jailbreak is and how this works knows jailbreaking is not dead and will never die cydia purchases are no longer available only and tweaks are always available via other 3rd party payments. So the fools that keep laughing and saying rediculous things here to get some attention you by yourself is the joke. Everyone that hasbbin jailbreaking for years knows better. Cydia isn't dead it will and always be alive and well.
Reply · Like · Mark as Spam

1reader - December 16, 2018 at 9:49pm
Now Apple will simply activate the auto-pilot and will be more sloppy at patching holes in the iOS. Software Innovation will slow down also.
Reply · Like · Mark as Spam

nocci - December 17, 2018 at 6:14am
And companies can learn from their mistakes and bounce back from even the lowest points in their time, plus maybe someday their can be a new cydia or maybe we can get an Apple CEO willing to do this without the sacrifice of security. You never know.
Reply · Like · Mark as Spam

Ih85ch001 - December 16, 2018 at 8:55pm
Can you at least still download or install your previously bought stuff? I still want it to be available, ill go start downloading debs if I have to but somebody plz let me know lol.
Reply · Like · Mark as Spam
19 More Comments
Recent