Pwn20wnd has announced that switching to the new Cydia Substrate from saurik will bring stability and battery life improvements for those using the unc0ver jailbreak.

Saurik announced the update to Cydia Substrate earlier today, describing it as his 'most well-tested update ever'.

On Twitter, Pwn20wnd revealed that the unc0ver jailbreak has been tested with Cydia Substrate for the past two months.

Switching to Cydia Substrate on unc0ver should pretty much fix any freezes, random restarts or apps hanging on launch and it should significantly improve the battery life. We have been testing this for 2 months or so. I recommend everyone to restart and re-jailbreak their devices after upgrading to Cydia Substrate to disable the patches that were made to the system to enable Substitute by unc0ver.

The jailbreakd daemon is still present in unc0ver but it’s inactive with Substrate. It will eventually be removed with a Resources update.

Another benefit of the new Cydia Substrate is that it can hook into every process on the entire system, perhaps leading to some interesting tweaks from developers.

You can download the most recent release of the unc0ver jailbreak for iOS 11.0 - 11.4b3 from here. Cydia Substrate is available from this repo: http://apt.saurik.com/beta/substrate11/. 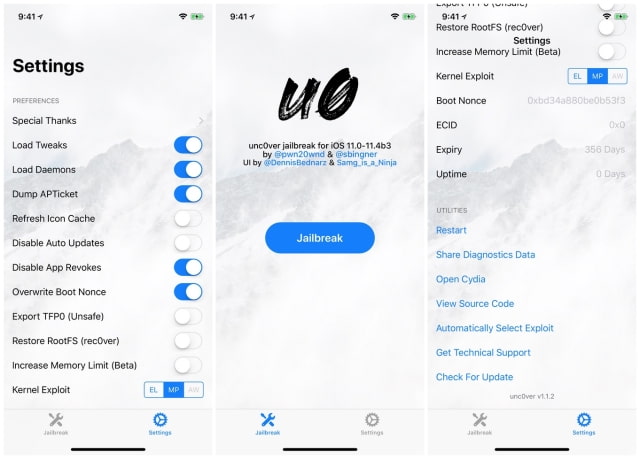