In a new report, Opensignal reveals that 4G speeds fluctuate wildly throughout the day in major U.S. cities. Speed fluctuations were also observed over a 24 hour period in countries around the globe. The launch of 5G networks is expected to help address this situation by providing a solid foundation of capacity that will even out peaks and troughs throughout the day.

At a national level, average 4G Download Speeds in the U.S. ranged from 15.3 Mbps at the busiest hour — when the most users were consuming the greatest amount of data on the network — to 28.8 Mbps at the quietest hour. But when we look at our top 20 cities we see that range expands in every instance. Miami was the least consistent of the 20 with speeds yo-yoing between 17 Mbps and 43.2 Mbps over the course of a day. Baltimore, Chicago and New York City also had sizable fluctuations in speed with differences of 20 Mbps or more depending on the time. But even the highest performing city in our analysis was far from consistent. Denver’s optimal-time 4G Download Speed of 30 Mbps was still nearly double its most-congested-time speed of 15.3 Mbps. 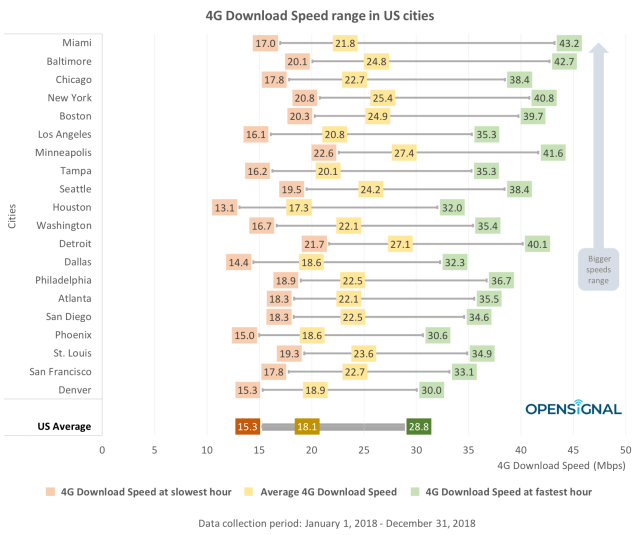 The busiest time of day varied by city and ranged from 3pm to 9pm. For the U.S. as a whole, the busiest hour was at 8pm, which was only the case for one city in the top 20: St. Louis. Opensignal suggests this may be the case because larger cities often have big commutes, resulting in high usage during the 4-6pm rush hour period.

The fastest time of the day was between 3am to 6am for all 20 cities. This is fairly close to the global average of 2am to 5am.

Check out the charts below or hit the link for the full report! 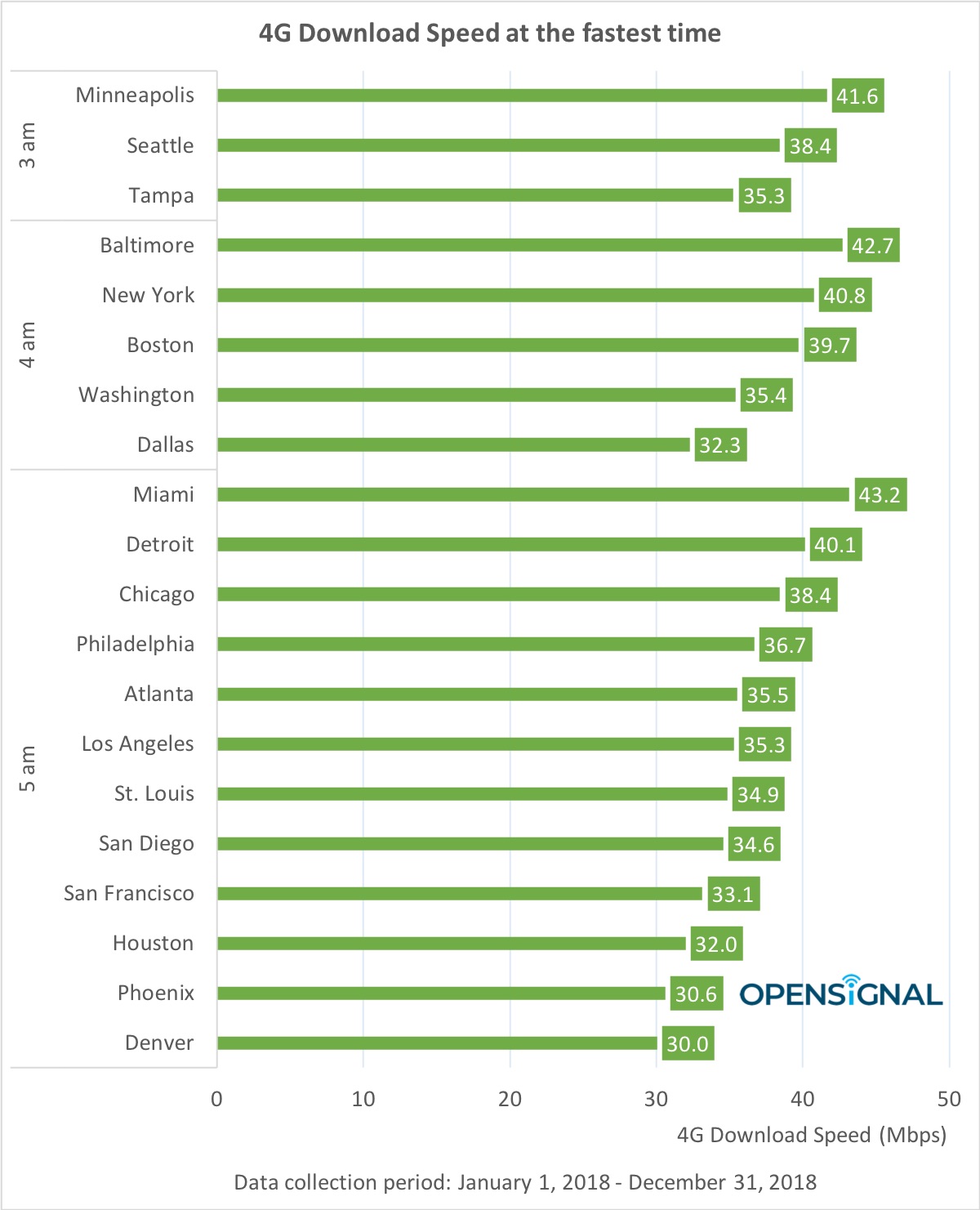 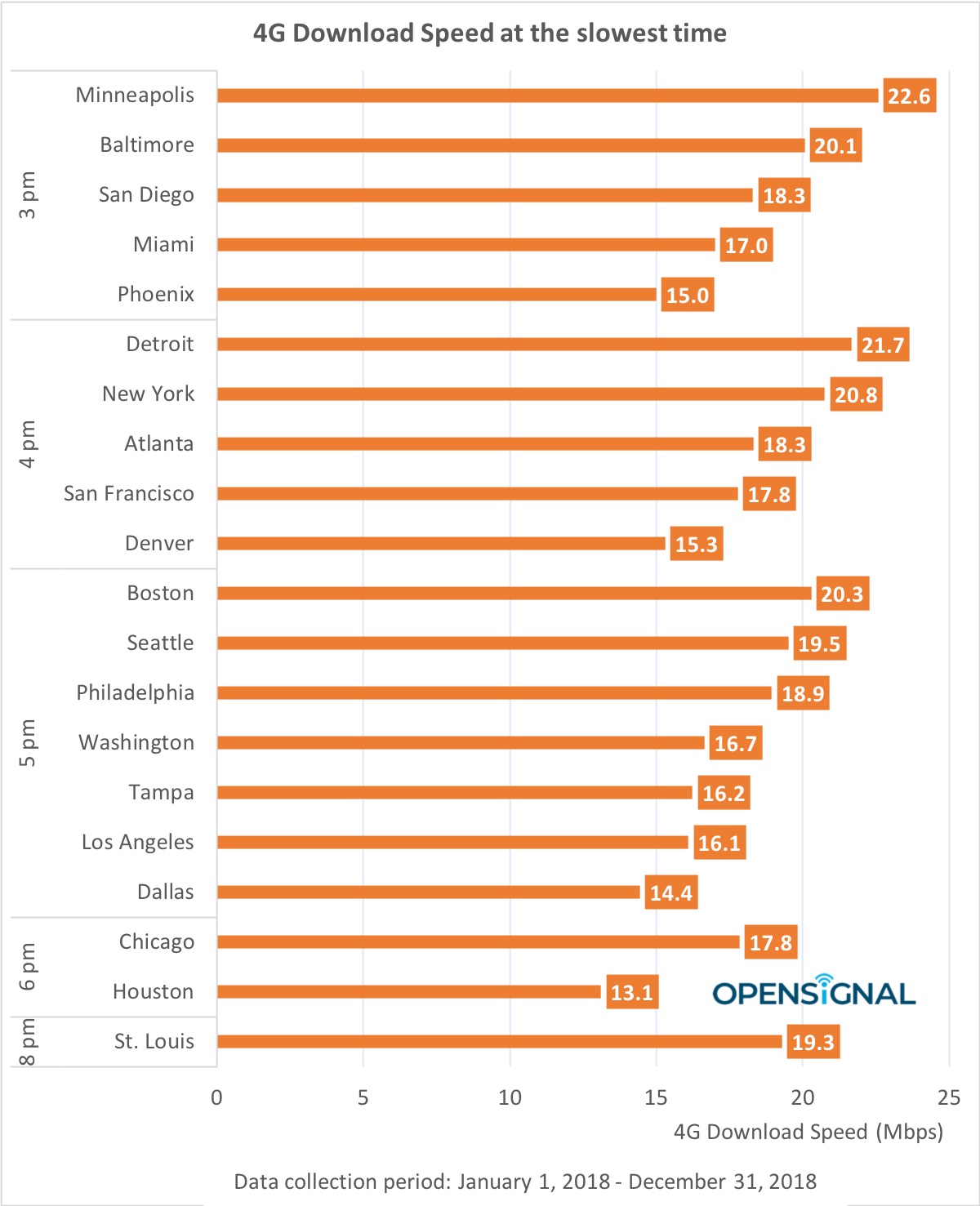