Apple has released the fourth beta of iOS 12.4 to developers for testing. The build number is 16G5046d.

Developers can download the new beta from the link below. No new features were found in the earlier betas but we'll let you know if anything is spotted in this build. 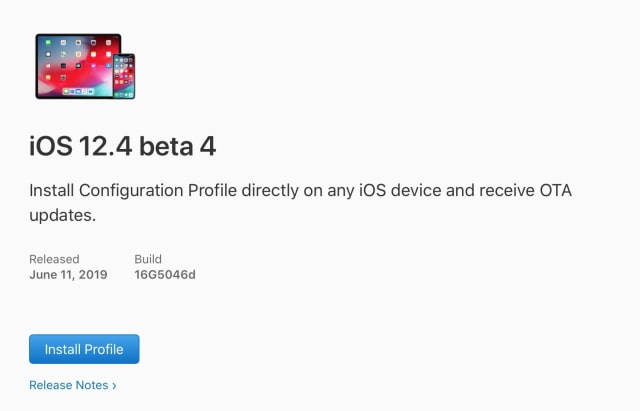