Apple will add an additional 2,000 employees in the City of Seattle over the next 5 years. Vice President of Global Real Estate and Facilities Kristina Raspe announced the expansion today alongside Mayor Jenny A. Durkan and Seattle Chamber of Commerce CEO Marilyn Strickland.

To accommodate the new employees, Apple has signed a lease at 333 Dexter. The location has two 12-story office towers totalling 630,000 square feet. When complete later this year it will be able to hold about 3,000 to 4,500 workers.

"These new jobs confirm what we already knew, we have the best talent and city anywhere", said Mayor Durkan. "Apple’s expanded footprint in Seattle is another example of the growing opportunity that exists for residents of Seattle and the economic powerhouse our City has become. Yet we know that as Seattle continues to grow, we must act urgently to address the pressures that follow – from tackling affordability to new affordable housing to increasing transit.

"If you look at where they’ve grown elsewhere in the country, their growth has been exponential to what they anticipated just because of how vibrant their products are," Durkan said. "I think it’s a really good sign. I’m not going to read too much into it but I hope they fill up the building."

Apple said it will be hiring for a wide range of hardware and software engineering roles. After the press conference, a spokesperson confirmed to GeekWire that the company is actively recruiting for iCloud in Seattle.

The new campus will be open by the end of the year. You can check out a render of the buildings below! 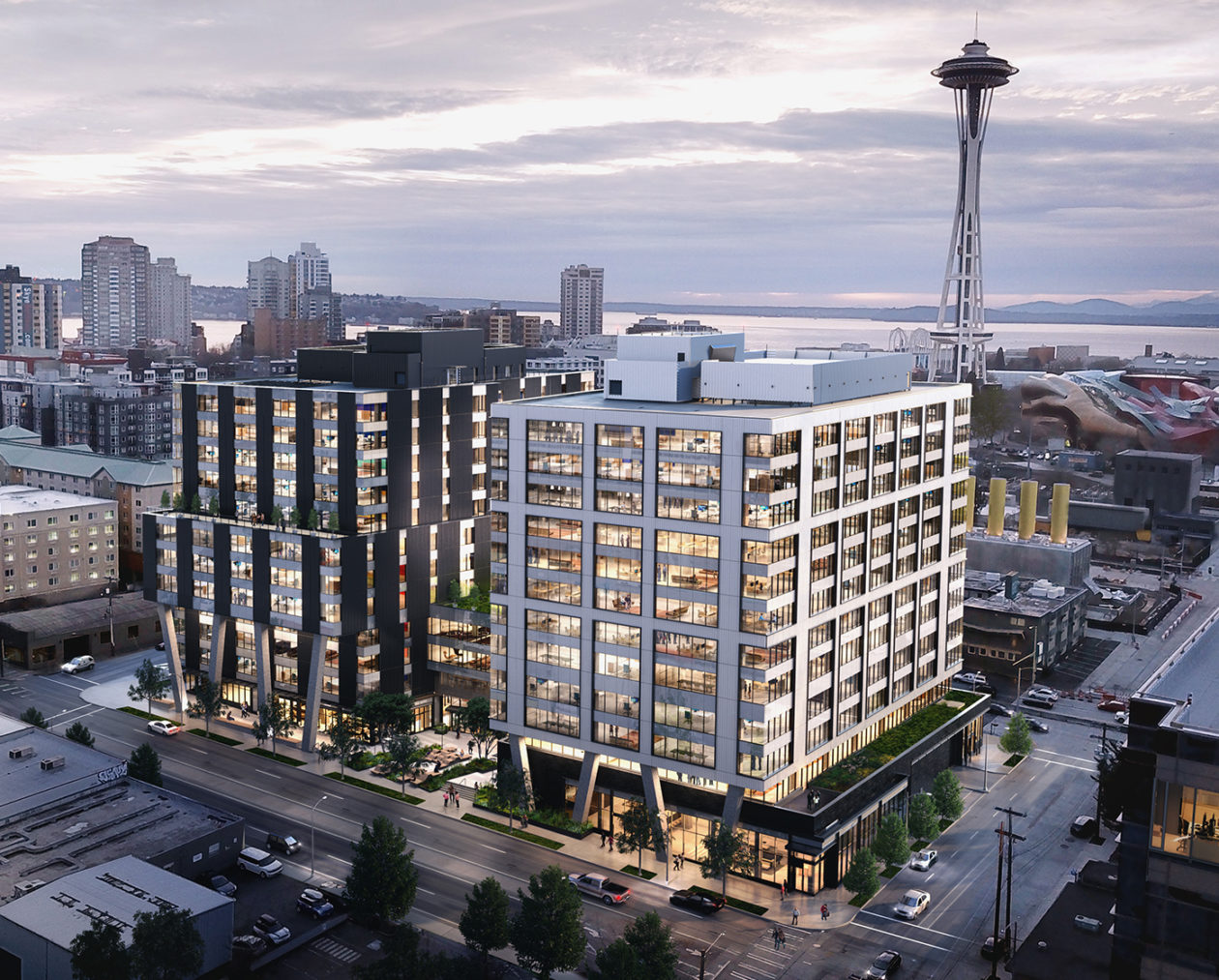