Apple is speaking out against EU plans to force tech companies to adopt a universal charger standard for all smartphones and other electronics, reports the Financial Times.

The company argues that doing so would hamper innovation, hurt millions of customers, and create an 'unprecedented volume' of waste.

“We believe regulation that forces conformity across the type of connector built into all smartphones stifles innovation rather than encouraging it, and would harm consumers in Europe and the economy as a whole,” Apple said. “We hope the Commission will continue to seek a solution that does not restrict the industry’s ability to innovate and bring exciting new technology to customers.”

Earlier this month, the EU threatened regulatory measures to obtain its objectives.

“We will look at a combination of policy options, including regulatory and non-regulatory measures, to achieve our objectives,” said Maros Sefcovic, vice-president of the European Commission for inter-institutional relations and foresight.

A study by Copenhagen Economics, commissioned by Apple last month, found that that while 49% of households use different connector types only 0.4% of consumers “regularly experience any significant issue” due to incompatible cabling.

Another factor of note in this debate is the shift to wireless charging. Many devices already support the same Qi standard and there are even rumors that Apple plans to release a completely wireless iPhone in 2021.

Do you think Apple should be forced to switch to USB-C? Let us know in the comments! 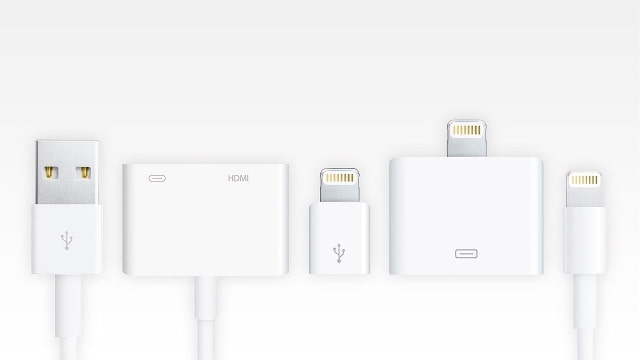 PaulieP - January 24, 2020 at 5:04am
Right now lightning connector is faster than the USB that is used on android phones. The only thing faster than lightning is USB-C which is a technology that Apple invented. You can’t synchronize faster or charge faster if you don’t upgrade cables regularly. People need to understand it’s not a light bulb where a universal plug works.
Reply · Like · Mark as Spam

marcel.ursaciuc - January 24, 2020 at 2:35am
I think the NexT generation iPhone have no connectors be full wirelles like AppleWatches ...and the problem is solved
Reply · Like · Mark as Spam
3 More Comments
Recent