Apple has seeded watchOS 6.2.8 beta to developers for testing. The build number is 17U5535e.

The release likely contains bug fixes and improvements to watchOS 6.2.6 which was just released publicly earlier this week.

We'll let you know if any significant changes are found in the new beta. 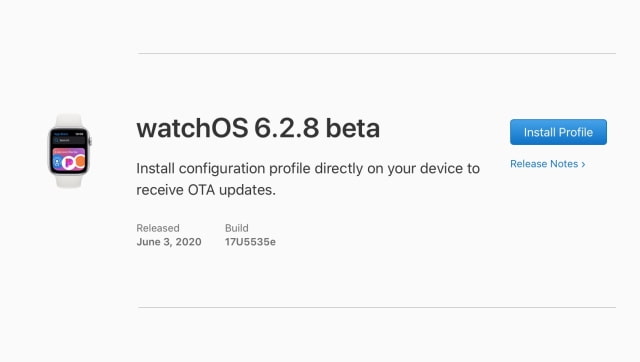