The U.S. Department of Justice is suing Google for allegedly violating antitrust laws.

Today, the Department of Justice — along with eleven state Attorneys General — filed a civil antitrust lawsuit in the U.S. District Court for the District of Columbia to stop Google from unlawfully maintaining monopolies through anticompetitive and exclusionary practices in the search and search advertising markets and to remedy the competitive harms. The participating state Attorneys General offices represent Arkansas, Florida, Georgia, Indiana, Kentucky, Louisiana, Mississippi, Missouri, Montana, South Carolina, and Texas.

“Today, millions of Americans rely on the Internet and online platforms for their daily lives. Competition in this industry is vitally important, which is why today’s challenge against Google — the gatekeeper of the Internet — for violating antitrust laws is a monumental case both for the Department of Justice and for the American people,” said Attorney General William Barr. “Since my confirmation, I have prioritized the Department’s review of online market-leading platforms to ensure that our technology industries remain competitive. This lawsuit strikes at the heart of Google’s grip over the internet for millions of American consumers, advertisers, small businesses and entrepreneurs beholden to an unlawful monopolist.”

“As with its historic antitrust actions against AT&T in 1974 and Microsoft in 1998, the Department is again enforcing the Sherman Act to restore the role of competition and open the door to the next wave of innovation—this time in vital digital markets,” said Deputy Attorney General Jeffrey A. Rosen.

According to the DOJ, Google has accounted for almost 90 percent of all search queries in the United States and has used anticompetitive tactics to maintain and extend its monopolies in search and search advertising.

The complaint says that Google has entered into a series of exclusionary agreements that collectively lock up the primary avenues through which users access search engines, and thus the internet, by requiring that Google be set as the preset default general search engine on billions of mobile devices and computers worldwide and, in many cases, prohibiting preinstallation of a competitor.

In particular, the Complaint alleges that Google has unlawfully maintained monopolies in search and search advertising by:
● Entering into exclusivity agreements that forbid preinstallation of any competing search service.
● Entering into tying and other arrangements that force preinstallation of its search applications in prime locations on mobile devices and make them undeletable, regardless of consumer preference.
● Entering into long-term agreements with Apple that require Google to be the default – and de facto exclusive – general search engine on Apple’s popular Safari browser and other Apple search tools.
● Generally using monopoly profits to buy preferential treatment for its search engine on devices, web browsers, and other search access points, creating a continuous and self-reinforcing cycle of monopolization.

These actions have purportedly harmed consumers by reducing the quality of search (including on dimensions such as privacy, data protection, and use of consumer data), lessening choice in search, impeding innovation, and suppressing competition in advertising.

Google says the lawsuit is 'deeply flawed' and won't do anything to help consumers.

-----
The bigger point the lawsuit misses
The bigger point is that people don’t use Google because they have to, they use it because they choose to. This isn’t the dial-up 1990s, when changing services was slow and difficult, and often required you to buy and install software with a CD-ROM. Today, you can easily download your choice of apps or change your default settings in a matter of seconds—faster than you can walk to another aisle in the grocery store.

This lawsuit claims that Americans aren’t sophisticated enough to do this. But we know that’s not true. And you know it too: people downloaded a record 204 billion apps in 2019. Many of the world's most popular apps aren't preloaded—think of Spotify, Instagram, Snapchat, Amazon and Facebook.

The data shows that people choose their preferred service: take Mozilla’s Firefox browser as an example. It’s funded almost entirely by revenue from search promotional agreements. When Yahoo! paid to be the default search engine in Firefox, most Americans promptly switched their search engine to their first choice—Google. (Mozilla later chose Google to be its default search provider, citing an “effort to provide quality search” and its “focus on user experience.”)

It’s also trivially easy to change your search engine in our browser, Chrome.
----- 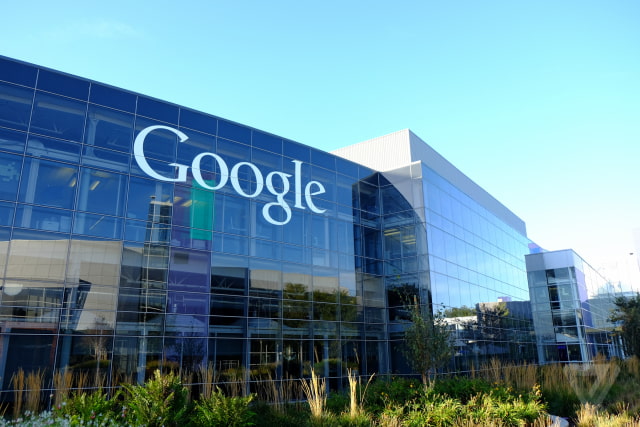